Becky Haynes is the wife of Troy Dean Shafer –a reality star best known for appearing on the DIY Network’s ‘Nashville Flipped’ and who died in his sleep last month. He was 38.

Troy was a contractor who served as the host of DIY’s Nashville Flipped. He saved, restored and flipped dozens of historic homes in Nashville, Tenn. He had initially moved to Nashville to pursue a singing career.

According to an obituary, Shafer died on April 28; he grew up in Harborcreek, Pennsylvania, and graduated from Penn State Behrend School of Business.

According to family members, Shafer passed away suddenly in his sleep, he had no known medical conditions and it was a total shock for them.

He is survived by his parents, Timothy and Janey Shafer, a brother and his wife, Becky Haynes. 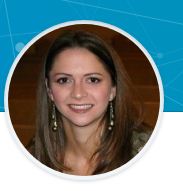 Prior to her work at Vanderbilt, Becky worked as a private 1:1 therapist providing home ABA services and also taught in a blended pre-K classroom in Williamson County. In 2012 she worked as a Clinical Director BCBA at the Brown Center for Autism and later as a Sr. Applied Behavior Analyst for Metro Nashville Public Schools.