Roy Den Hollander has been identified as the main suspect in the case of federal judge Esther Salas -whose family was attacked over the weekend.

According to numerous reports, Hollander is the gunman who opened fire against Salas’ husband and son, fatally wounding the latter.
Esther Salas who was not injured during the attack, was appointed to the federal bench nine years ago by President Barack Obama. She is the first Hispanic woman to serve on a federal bench in New Jersey. She was previously a magistrate judge and a public defender.

A day after the attack, Hollander was found dead. Check out his top facts below. 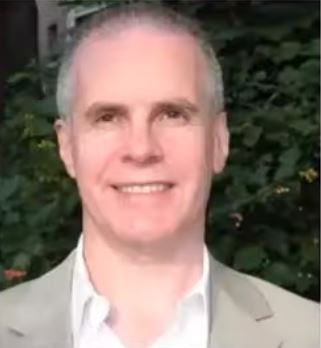 1. He disguised himself to commit the crime

Roy Den Hollander is to have dressed as a FedEx delivery driver when he riddled U.S. District Judge Esther Salas husband and son.

When Hollander knocked on the North Brunswick, N.J. home of Salas, he was greeted by Salas’ husband Mark Anderl. 63-year-old Mark Anderl is a criminal defense lawyer and former prosecutor. He remains in stable condition in an area hospital.

Daniel Salas is said to have been shot and killed when he came to his father’s aid. Daniel was a baseball player for St. Joseph’s Regional High School in Metuchen, and was a freshman at Catholic University in Washington, D.C.

4. Roy Den Hollander was a lawyer who had tied with Salas

Roy Den Hollander may have had a motive as he was clearly on a mission, his target, Esther Salas. According to reports, Roy had been a lawyer in a case pending before Salas challenging the military’s male-only draft. He had railed against the gender-based service requirement, which he described as an attack on men’s rights. Hollander was taken off of the case in June 2019. The plaintiff hired a new attorney. In a post on his website, he referred to Salas as a “lazy and incompetent Latina judge appointed by Obama.”

5. He was a self-described “anti-feminist” and men’s right activist

Hollander had attached himself to other so-called male oppression crusades. A Manhattan Supreme Court judge said Hollander was not the victim of age and gender discrimination in 2010 when a bouncer at Amnesia nightclub told him to pay up, while letting a young lady in for free.

In 2008, Hollander also sued Columbia University, claiming it discriminates against men by teaching a doctrine that scapegoats men for all of history’s troubles. In addition, he sued several Manhattan hot spots for organizing ladies’ nights drink specials. The suit was thrown out by federal appeals court in 2010.

7. He was well educated

8. He was terminally ill

On Monday, Roy Den Hollander was found dead in an apparent suicide. He had apparently been diagnosed with terminal cancer. He was 72.