Ronald’s daughter took the music world by storm after she released her debut studio album Music of the Sun back in 2005. Since then, the songstress has  become the youngest solo artist to score 14 no. 1 singles on the billboard hot 100—the fastest to do so—she’s sold more than 54 million albums and 210 million tracks worldwide. 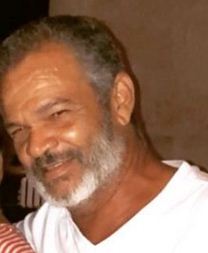 Rihanna who has trademarked “Fenty” to use in a number of biz ventures, claims her father is profiting off the reputation she’s created with Fenty and is currently suing him.

Ronald Fenty was born August 16, 1954 and is of Afro-Barbadian and Irish descent. In addition to Rihanna, Ronald and estranged wife, Monica Braithwaite are also the parents of her two younger brothers, Rorrey and Rajad. Ronald and Monica divorced when Rihanna was in her teens.

Ronald who goes by Ron Fenty, is also the father of two other daughters, Kandy, Samantha and a son, Jamie –born to different mothers from his previous relationships. It’s been documented that Ron who had an addiction to drugs and alcohol –was abusive to Rihanna’s mother. The singer stated in interviews, she had to make peace with him.

Ronald Fenty held a number of jobs including working as a warehouse supervisor, he also used to sell clothes on a street stall.  Fast-forward to present times, Rihanna says her father has been making money by using the family name to brand his entertainment business. Will their relationship ever be drama free?