Asia Lee is the current wife of actor, funny man and musician Kel Mitchell -whom you can catch currently compeating on season 28 of DWTS.

Asia’s multitalented husband has been partnered with the lovely Whitney Carson and the two will be doing their best for this season’s Mirror Ball throphy.
Born August 25, 1978 as Kel Johari Rice Mitchell; the Chicago native began his acting career at age 12 with the ETA Creative Arts Foundation.
He is well knoen as a sketch comedian with partner Kenan Thompson on Nickelodeon’***** 1990s series All That and Kenan and Kel. He starred alongside Kenan in the 1997 movie Good Burger. He played the character Invisible Boy in the 1999 comedy Mystery Men.
In 2015, he began playing the character Double G on the Nickelodeon series Game Shakers.
In addition, Mitchell is also an Executive producer of @allthat and serves as a Youth Pastor of @myspiritfood 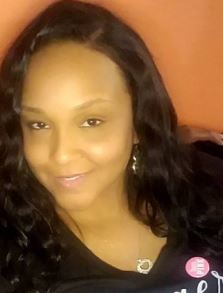 He’s been married a total of two times and is a father of three children. He and first wife, Tyisha Hampton -welcomed two children, Lyric and Allure during their marriage. The couple split in 2005 after six years of marriage.

He and current wife, Asia Lee tied the knot in 2012 -and have since welcomed a daughter named Wisdom in July 2017. Asia is the step-mother of Kel’s children from his first marriage.
Born November 4, 1978; Asia is a Los Angeles native with experience working in the entertainment industry. According to her IMDb Asia is an actress and costume designer, known for Grand Theft Auto V (2013) and She Is Not My Sister (2012). In addition, Asia Lee also began her own sunglasses line called Asia Lee Custom Shades.

The mom of one also had a brief career as a female rap artist. Back in 2009, she dropped a mix tape and was known as the “Queen of Cali” -The 40-year-old is also active on social media and often uploads images of her and her family.
Find her on Instagram here.