Fiona Whelan is the longtime wife of Grammy-winning songwriter, John Prine -who is said to have died in Nashville.

Fiona’s husband who had been in a hospital since last week is said to have died due to Covid19 complications. He was 73. Her husband went onto become one of America’s most influential artists.

Prine was born on October 10, 1946; the Maywood, Illinois native returned to Chicago where he worked as a postman, after serving in the US army in Germany during the Vietnam war. He wrote songs while doing his mail rounds.
He went from open mic nights to becoming a key figure on the windy city’s folk revival scene in the 1970s. Prine signed with Atlantic Records and released his self-titled debut album in 1971. The album included songs like Angel from Montgomery, Paradise, and Sam Stone.
He formed the independent label Oh Boy Records in 1981.

Prine won his first of four Grammy Awards in 1991, for The Missing Years, which bagged best contemporary folk album. He did it again in 2005 for Fair and Square.
In 2019, he was inducted into the Songwriters Hall of Fame.
Prine was also a cancer survivor after undergoing surgery on his throat in 2008 – and on his lungs in 2013.

He is survived by Fiona Whelan, his wife of several decades and their children together. 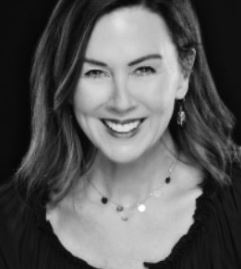 Fiona Whelan was not only a wife to John Prine, she was also his manager and mother to their children; sons Jack and Tommy. Fiona is also the mother of another son named Jody from a previous relationship, and John later adopted him as his own.
All three of their children work in the business, Jack and Tommy play guitar and sing; while Jody runs Oh Boy Records.

Fiona Whelan is experienced in the music business, she is a former recording-studio business manager. In the early stages of her career she worked in Dublin. She stepped into the role of her husband’s full time manager in 2015, following the death of Al Bunetta.