Santino William Legan has been named as the man who viciously opened fire at the popular Gilroy Garlic Festival in California -tragically killing at least three people.

Santino’s shooting took place on Sunday, on the final day of the annual event at Christmas Hill Park in Gilroy. His victims include a 6-year-old boy and he and an accomplice left at least 15 others injured. Santino William Legan was killed by police while his accomplice is believed to be on the run. 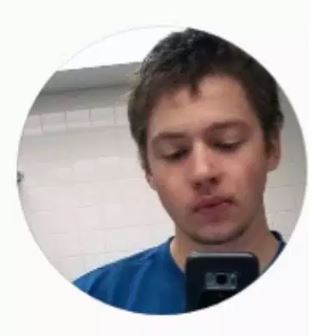 19-year-old Santino William Legan who dressed in Camouflage and was armed with a long rifle, apparently told a witness when asked why he was doing this “Because I’m really angry.” Witnesses also said the shooter stopped firing once to reload his weapon, and did not flinch as the bullets struck child victims. A clear motive for the shooting has not yet been made public.

According to CBS News, authorities recovered his backpack, along with a rifle and ammunition, and officers have already searched his home as well as a second property.
Authorities said Santino William Legan was able to avoid metal detectors at security checkpoints by cutting a fence and sneak into the event.

Santino William Legan who identified on social media as Italian and Iranian has one brother, Rosino who is  an amateur boxer.
Santino is also the grandson of Tom Legan a West Point graduate who died in May of 2018. Tom Legan who served as a “captain in Korea as a Nuclear Weapons Officer and completed his military service in Germany; was Western Regional Marketing Director for Kaiser Cement and was thereafter appointed and then elected as Santa Clara County Supervisor for two terms.
In 1988, Tom Legan was acquitted by a jury of the alleged rape of his eldest daughter.

An Instagram account for Santino that has now been deleted, showed disturbing images he posted prior to the shooting. The teenager posted about a notorious book called Might Is Right, written by Ragnar Redbeard and published in 1890. The manifesto has since been adopted by misogynists and white supremacists.
He also appears to have taken a photo at the festival before he began shooting, and captioned it ‘Ayyy garlic festival time come get wasted on overpriced sh**t”