Joan Callaghan is the mother of English singer Cheryl Cole, best known perhaps for her relationship with former One Direction member, Liam Payne.

Joan’s daughter and Payne have recently made the sad announcement of their split, the couple of two years are the parents of a young son, Bear. Liam shared the news on social media saying it was a tough decision to make.

Cheryl has certainly been unlucky in love after having been married twice and linked to a number of fellas. But who can blame a gal for trying right! Joan Callaghan welcomed her daughter Cheryl Ann Tweedy on June 30, 1983. The Newcastle native gained fame with the group Girls Aloud, who were nominated for a BRIT Award for the song “The Promise.” She later became a judge on The X Factor.

The singer, songwriter, TV personality and model –married Ashley Cole on July 15, 2006 and divorced him on September 3, 2010. She then married Jean-Bernard Fernandez-Versini in 2014 and in early 2016, she filed for divorce.

She was also romantically linked to Jacob Thompson, Derek Hough and Tre Holloway. 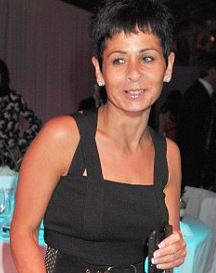 Luckily for Cheryl, she can always count with mum, Joan Callaghan. It’s been known Cheryl has a close relationship with her mum, Joan and in the past, fans even poked fun at Joan’s near-constant presence. Some even claiming it was Joan Callaghan who had certain influence in her daughter’s love life.

Joan has always been there for her famous daughter, she’s been seen walking a few steps behind her at the airport, lurking around at parties, and in Cheryl’s dressing room every week. Joan who lives in Newcastle supervises closely her daughter’s career and every move. 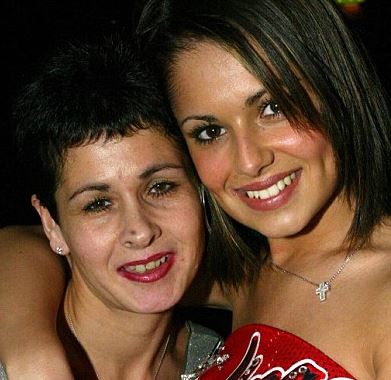 59-year-old Joan is a mother of five who thanks to her daughter’s success, has become a known face in London’s scene. In return, Cheryl has often described her mum as her best friend.

Joan and Cheryl’s father split up when her daughter was 11-years-old. Joan introduced her daughter to the limelight at an early age singing her up for baby competitions. The rest is history.

The mother-daughter duo are notoriously close, and with her daughter’s recent break-up, is safe to say Joan will be alongside the popstar.