Bruno Gulotta has been named as the first of at least 13 people who were viciously killed in a terrorist attacks in Barcelona on Thursday.

On July 17, a terrorist rammed a van into pedestrians on La Rambla, killing 13 and leaving more than 100 people injured. The attack which took place early in the evening has been labeled as one of Spain’s most violent days in recent years.

Las Ramblas is a renowned avenue in Barcelona, popular for its restaurants and shopping scenery and perfect for tourists to gather round. Witnesses say it was packed when a rented van drove into people. Isis has claimed responsibility for the attack and authorities are still looking for the driver. 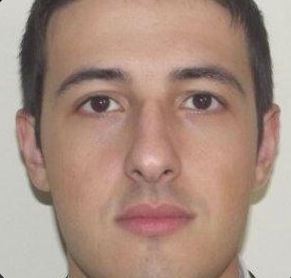 Bruno Gulotta was on a holiday with his two small children and their mother. Reports say he was holding the hand of his son when he was struck by the van.

Bruno had been in a long time relationship with partner, Martina and the couple shared two children: five-year-old son Alessandro and 7-month-old, daughter Aria. Photos on his social media, shows Bruno Gulotta and his family, had been previously enjoying their vacation in Cannes.

Some sites report 34-year-old Gulotta died a hero, after saving the life of his young son. It is believed Gulotta, after seeing people running hysterically grabbed his son and sheltered him with his own body. An Italian newspaper, also added, Martina who was holding her daughter, managed to pull her son out the way of the van –while Bruno had lowered himself to shield him. The mother of two then witnessed how he was hit full force and thrown several meters in the air.

Bruno Gulotta is survived by partner, Martina and their two children. 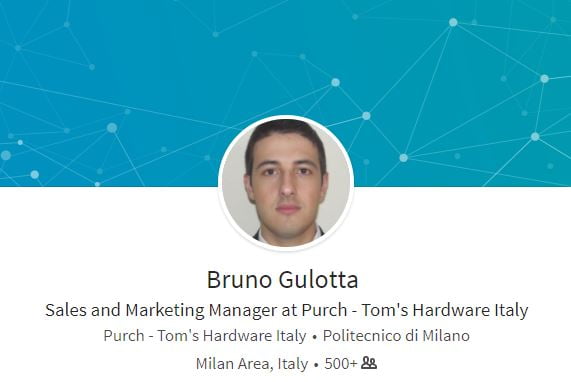 According to his social media, Mr. Gulotta worked at Tom’s Hardware in Italy. He was the Sales & Marketing manager. According to his LinkedIn, Bruno’s main role was to aid the company in reaching the revenues target, create/develop strong connections with the customers and help them to reach their goals.

He was previously a ICT Consultant at InfoassintanceMB and was also an IT teacher for Progetto Europa / Unioncasa –where he taught an IT program to Real Estate professionals. Previous jobs also include sales exec at Smile Energy Srl. And Gruppo Green Power Spa. He began his professional career in 2008 as an IT technician at Unieuro.

Bruno Gulotta obtained his high school diploma from Liceo Scientifico. From 2002 until 2005 he attended Politecnico di Milano where he earned a degree in Informatics Engineering.

Victims of at least 26 other nationalities were involved in the attack. We send our condolences to all affected.