Sat Hari Khalsa is a spiritual healer and the alleged girlfriend of Hollywood star, Brad Pitt.

It’s been over two years since the 54-year-old actor and film producer separated from Angelina Jolie and rumor in Hollywood is that he is ready to date again. Is the lucky lady, the stuning Sat Hari Khalsa?

The rumor began to spread out after the two were spotted on an outing. Both Brad and Sat Hari Khalsa attended the Silverlake Conservatory of Music annual benefit and art auction on Sept. 29, and were reportedly ‘deep in conversation’ and looking “cozy” as they sat next to each other in the crowd, according to RadarOnline.

However, a source told the publication a romance between the two is very unlikely. The source also added that Brad is very much focus on his children and his work. He is currently busy filming Once Upon a Time In Hollywood with Leonardo DiCaprio. 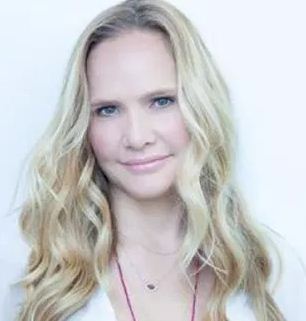 In addition to her spiritual healing powers, Sat Hari Khalsa is known for her jewelry designs. As an interesting facts, it is believed that Brad’s former flame Jennifer Aniston is a fan of Sat Hari’s work. That could mean that Pitt and Sat Hari have known each other from way back. Her pieces have also been worn by Emma Watson, and Courtney Cox.

Sat Hari is the lead designer at Amrit Jewelry, according to its website, the blonde spent much of her formative years in India. While living in India she was exposed to jewelry design and infusing the holistic art of healing. Each peace whether a necklace, ring or bracelet has meaning derived from ancient mystical traditions.

Sat Hari is also a close friend of Red Hot Chili Peppers front man, Anthony Kiedis. During the band’s By The Way Tour, she was brought to administer intravenous ozone therapy to him. At the time she was described as a nurse.

Check out Sat Hari Khalsa on her page here.