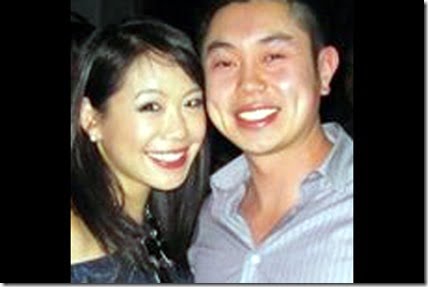 Meet Rosalyn K. Ng, we got to know about her during an unfortunate incident that has caused outrage over the last few days. Rosalyn is married to 33 year old graduate of Columbia and director of the e-commerce firm Skrill.com. Alexian Lien.

The couple have been married for a year and have a baby together. They live in an apartment just down from the New York Stock Exchange on a street where cops and private security and barricades and a bomb dog guard against the continuing threat of terrorism. But on Sunday, September 29 tragedy struck for her family. Rosalyn, her husband and child were all victims of a road rage were her husband took the worst part.

During their weekend outing, the couple were in fact celebrating a much happier marker, their first wedding anniversary. As they drove uptown, everything seems to be going as planned-just enjoy the special date with their child-until they bumped into the sound of a buzzing like that of huge bees.

The family who was traveling in a Range Rover came across 30 or more motorcycles, part of an annual convergence on New York by bikers marking the end of summer. One biker identified by police as Christopher Cruz of New Jersey is seen during the video forcing the SUV to slow down, that’s when Rosaly’n’s husband bumps the bike that cut in front; the rest of the bikers proceed to surround the family’s car and smashed one of the Range Rover’s mirrors. Her husband in clear fear for his safety and his family’s tries to scape, striking at least three bikes. The end result, it’s her husband being pulled from his SUV, beaten, and had his face slashed with a knife by the the enraged bikers, all in front of her and her toddler.

A few days have passed and the family seems to be in hiding, mostly concerning their safety. We did find some information about Rosalyn; here is what we know. She is 28-years-old and has a Bachelor of Arts in Molecular and Cell Biology from the University of California, Berkeley; after her graduation in 2005 she went on to study at the University of California, San Francisco where she became a Doctor of Pharmacy four years later.

Her calcifications include Patient Centered Diabetes Management, Pharmacy Bassed Immunization and BLS (basic life support) for Healthcare Providers. Her professional experience mostly includes work in California; she is former Intern Pharmacist and her last job listed was as a Staff Pharmacist for Safeway.

She belong to the UCSF School of Pharmacy Alumni and her personal interests include Fine Art Photography, Dark Room and Digital Photography, Domestic Design and Planning.

Her husband hasn’t been charged for leaving paralyzed one of the bikers,  a 32-year-old man known as Jeremiah Mieses. Do you think he should? Undoubtedly an unfortunate turn of events for everyone involved.