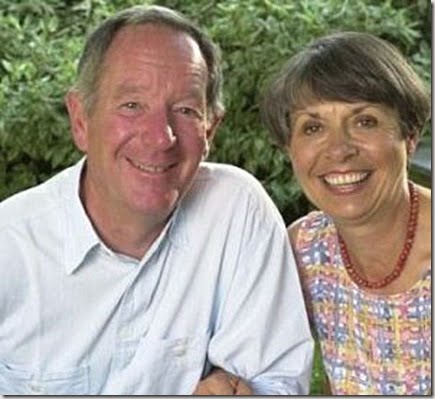 The native of Hereford, met her hubby while on a journalism training course in Wolverhampton in early 1967. They were married a year n’ a half later when she was 21.

She continued with her journalistic career until she became a mom. Her hubby who is a contestant on “I’m a Celebrity get me out of here;” made a starling confession that has everyone talking about it!

He told his campmates on Wednesday, he regretted not getting rid of Jimmy Savile when he got the chance and talked emotionally about his father. What does his wife of several years thinks? She is probably as supportive as she can right! Earlier this month she revealed her hubby had to see a psychiatrist to make sure he was mentally robust enough to cope with the challenge. The couple has two adult children together, sons Simon and Roland Buerk who is also a journalist. In 2005 her son married Ann Moore, whom has save his life in the Asian tsunami a year prior.

The show really gets out the best and worst of contestants huh! Find Christine on Facebook here.