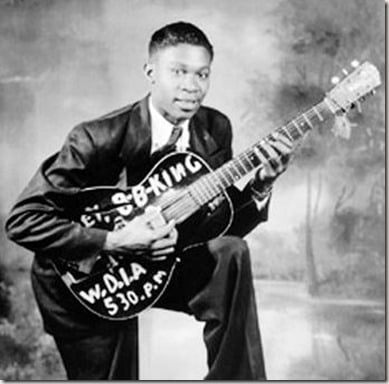 Blues legend B.B. King has died at age 89. According to media reports, he dies peacefully in his sleep while at his home in Las Vegas, NV., on May 14th.

A lot can be said about King’s long career in music; many have said he was truly passionate and married to music.

As for his personal life, King was married twice – first to Martha Lee Denton from 1946 to 1952, and then to Sue Carol Hall from 1958 to 1966. Both of his marriages ended due to the demands of his career, which took him on the road for as many as 250 performances a year. The singer had 15 biological and adopted children, and according to reports from family members,  11 survive; including singers Shirley and Claudette King, Karen Williams, Rita Washington and Patty King. According to the Grandtimes.com King had no children with either of his spouses. In 1949 King debuted on Bullet Records by issuing the single “Miss Martha King” thought to be inspired from his marriage to first wife Martha.

According to a 1979 People.com article he and Martha wedded when he was 18, they remained married for 6-years and their children died very young. He was quoted saying “We were never lucky with children.” King and Sue Carol Hall –who was then, a college student –were married in a Detroit ceremony performed by Aretha Franklin’s preacher father.

They were together for 9-10 years. Of his second wife King said: “My, was Sue beautiful,” but she tired of traveling. She said I should stay home and work, go to baseball games, church on Sunday, carry the children. I couldn’t see that at all. So she decided we should separate. I told her she could have the house—I knew she was gonna take it anyway. I said half of everything is yours, but she still got me for $35,000, which was all I had.”

While married to second wife, Sue Carol, King fathered at least eight children with other women.