Lamar Davenport has been identified as E’dena Hines boyfriend and alleged killer! 33-year-old E’dena was stabbed to death on Sunday, she happens to be actor Morgan Freeman’s step granddaughter!

Hines had studied acting and was involved with teaching urban youth. She was photographed alongside her famous grandfather at the Golden Globes in 2005. Freeman and Hines grandma, were married from 1967 to 1979. 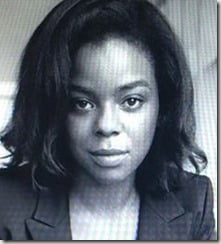 NYPD said a man, was taken into custody in connection with her death. The suspect has been named as 30-year-old Lamar Davenport, who is said to be Hine’s ex-boyfriend.

Davenport was taken to Columbia Presbyterian Medical Center for a mental evaluation. According to witnesses who called police, Davenport attacked Hines, just hours later the couple had dinner with a mutual friend –he was heard screaming bible verses and ‘Get out, devils. In the name of Jesus Christ, I cast you out,’ Hines was stabbed 16-times.

After the horrific attack, he stayed close to Hines body and when police arrived he was still making a stabbing motion with his empty fist while the knife was stuck in her chest, the Daily Mail reports.

Davenport is described as an aspiring actor and rapper, he has a criminal records with a history of drug abuse. According to a social media profile he attended Edward A. Reynolds West Side High School 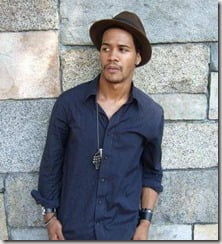 The talented young actor was found lying in the street suffering from multiple stab wounds to her torso, she was rushed to Harlem Hospital and pronounced dead, according to the police statement.

78-year-old Freeman expressed his sorrow in a statement on Facebook saying: “The world will never know her artistry and talent, and how much she had to offer.” He also thanked fans for the support.

Davenport has been charged with second degree murder.