David’s wife is said to have died following a short battle with cancer. She was 72.
Born in 1948 on the island of Oahu, Hawaii; Kellye Nakahara made the move to California in order to pursue a career in the arts.
She ended up succeding in acting and was on “M*A*S*H” for the entire run of the show. She also appeared in the films, “Clue” in 1985 and “Black Day Blue Night.”

As a watercolor/Oil artist, Kellye Nakahara Wallett launched the Kellye Wallett Studio in 1998. She was known for her bold use of color. Her watercolor paintings are available as special edition lithographs, giclees and note cards.
Her collection of paintings,”The Gardens of Pasadena,” features historical landmarks, gardens and neighborhoods in Pasadena. Her master paintings exhibited at the Pasadena City Hall. Her painting “Koi” was selected by Senator Jack Scott in 2001 to represent his district where it was on exhibit at the State Capitol. Kellye was commissioned to paint the Maguire Gardens at the Central Library.
In addition, she served 8 years as the mayor’s appointee on the Pasadena Arts and Culture Commission. 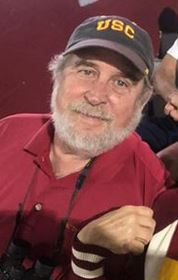 She is survived by her husband of several decades, David Wallett and their children.

David Wallett and Kellye Nakahara were married in 1968. During their 52 years of marriage they welcomed and raised two children, Nalani, who goes by Lani Wallet and William Wallet. The longtime couple also have four grandchildren.
Wallett shared an update regarding her health saying his wive’s cancer was in remission. However in 2018 he also shared she was struggling with chemo.