Josh Stancil has been revealed as the boyfriend of actress, Chrissy Metz –whom you may know from the NBC hit show, This Is Us.

The couple has been together for a few months with Metz gushing about him last December. The actress used the L word telling an ET reporter that she was falling in love with her guy. Ready to find out who he is?

First things first, Josh’s fabolous lady was born Christine “Chrissy” M. Metz on September 29, 1980. Her father served in the Navy and was stationed in Japan.

The Homestead, Florida native is best knonw for a number of roles including My Name Is Earl as Chunk, and American Horror Story: Freak Show as Barbara/Ima Wiggles.

She also made other TV appearances including, Entourage, All of Us, Solving Charlie and Huge. 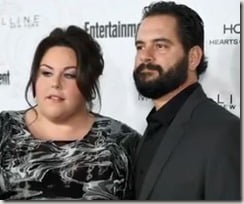 The 36-year-old and her guy, Josh Stancil, were seen hand in hand for the first time over the weekend. The two stepped out in style during the Screen Actors Guild Awards party at Chateau Marmont in Los Angeles. 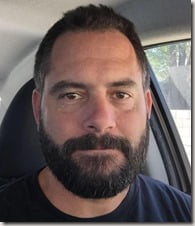 Though Josh is not an actor, he also works in the same industry as Metz. Reports say he is a camera man employed by NBC and currently working on the This Is Us set. That would explain how the two met.

According to his Facebook page, Josh Stancil is from Canyon Country, California. He previously worked at Local 80 Motion Picture Studio Grips.

Accoriding to his IMDb page, some of his work also includes Hollywood films such as The Hangover and it’s sequels and TV shows such as Transparent.