Alexandre Bissonnette & Mohamed Khadir are believed to have killed six people at a Quebec mosque over the weekend.

The attack may had been sparked by Donald Trump’s controversial travel ban. Canadian PM Trudeau condemned the ban shortly after.

According to witnesses, the gunman with masks on, made their way to Quebec City Islamic Cultural Center and opened fire while shouting ‘Alluhu akbar.” Reports say six worshipers were killed and at least eight others were injured.  The two suspects were named shortly after by TVA.

Mohamed Khadir was arrested on the spot, while Alexandre Bissonnette managed to flee in a Mitsubishi. Police started chasing him and about 20 minutes into the pursuit he made a call to emergencies to turn himself in, Le Soleil reported. 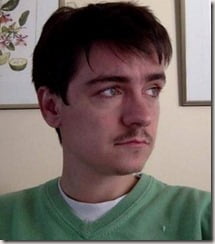 He is of French-Canadian origin and according to his social media, he is an anthropology and political science student at Laval University in Quebec.

Bissonnette reveald himself as one of the mosque shooters and said ‘he felt bad’ for  his participation in the terrorist attack. He then pulled over alongside the St Lawrence River, near the bridge to Ile d’Orleans –and surrendered to heavily-armed tactical officers after they waited for him to exit his car.

He was armed with two weapons resembling AK-47s and at least one handgun, and there were fears the car was rigged with explosives, Le Soleil reported. 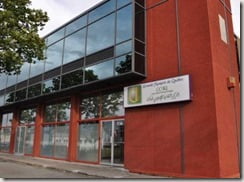 Mohamed Khadir is of Moroccan origin, also in his late 20’s. Following the shooting Khadir was arrested near the mosque. It is unclear why he stayed.

Mohamed Khadir who is an immigrant, is also said to have attended the same university as Bissonnette.

Both Alexandre Bissonnette & Mohamed Khadir are currently in custody and being questioned. It seem neither Bissonnette or Khadir have any previous charges.

Inside the mosque were at least 50 people, including children as young as three-years-old.