Tim Hasselbeck is the longtime husband of TV personality and talk show host, Elisabeth Hasselbeck -best known from her TV hosting gig on The View.

Tim’s wife, a Rhode Island native has been in the industry for years, she gained notoriety after appearing as a contestant on Survivor back in 2001.
Since then, she’s appeared in one film, written books, co-hosted FOX & Friends and founded a gluten-free food company named nogii.

The blonde who is perhaps best known for the daytime talk show, The View on ABC; has been happily married since 2002 and they have three children, Grace, Taylor and Isaiah. 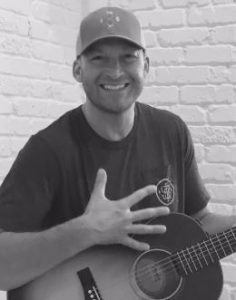 Tim was a standout career at Xaverian Brothers High School, he went on to play collegiate football at Boston College. He was a two-year starter at Boston College, and he graduated in 2001 with a degree in Marketing from the Carroll School of Management. He was originally signed by the Buffalo Bills as an undrafted free agent in 2001.

Tim, a quarterback, played for six seasons in the NFL, during his career he was a player with the New York Giants, Washington Redskins, Philadelphia Eagles, and Buffalo Bills. After retirement, he became a football analyst joinign ESPN in 2008.
According to his profile, Tim Hasselbeck appears on NFL Live, SportsCenter, Fantasy Football Now, Fantasy Football Kickoff and ESPN Radio. He also served as an analyst for SportsNet New York and contributed to Sirius NFL Radio.