Josie Harris whom you may know or remember for being in a relationship with boxing legend Floyd Mayweather -has died.

According to numerous reports, Harris was found unresponsive in her car outside her home in California. She was 40-years-old. Her death is not being treated as suspicious authorities report.
Harris leaves three children product from her years-long relationship with Mayweather.

The ex’s made headlines over the years after Harris accused Mayweather of domestic abuse on numerous occasions. Back in 2010 she said the pugilist barged into her Las Vegas home as she slept and attacked her in front of the couple’s children. Two years later, Mayweather was convicted of misdemeanor domestic battery and spent two months in jail.
Josie Harris also filed a $20 million defamation lawsuit against Mayweather, after he said in an interview that she was on drugs during the incident, a legal fight that was still ongoing at the time of her death. 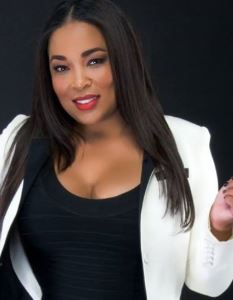 She opened up about the relationship in 2014 interview saying “Now I know I was in a very dysfunctional, hostile relationship and a victim of domestic violence”

Josie Harris was born January 17, 1980; the Las Vegas, Nevada native was an aspirying actress and reality tv member. According to her IMDb, she appeared in the 2006 horror film Exit 38. She also appeared in the TLC television series Starter Wives Confidential. She also described herself as an ‘Amateur Chef, Storyteller and Entertainer’

It is believed that Josie Harris and Mayweather dated between 1995 and 2010. During their on and off relationship, Josie gave birth to three children; sons Koraun and Zion and daughter, Jirah Mayweather. During happier times, the couple was even engaged for a while back in 2004.

On Instagram she wrote “mom to @kingkoraun @zion_mayweather @jirahmayweather lover of films, stories, family, outdoors CREATOR of @the.exit.plan “so far, so good”

Josie Harris who was listed as working at Nappiesaks INC. -was also the creaor of The Exit Plan -‘A BRAVE & SAFE space with tools to plan your future. First steps begin with a plan. Do what is best for yourself and make a plan for your future now’