Karyna Shuliak has been revealed as the lovely girlfriend of late disgraced financier, Jeffrey Epstein.

Karyna’s boyfriend died in a New York prison cell on 10 August as he awaited, without the chance of bail, his trial on *** trafficking charges.
It came more than a decade after his conviction for soliciting prostitution from a minor, for which he was registered as a *** offender.

The 66-year-old in the past socialized with Prince Andrew, President Donald Trump and former President Bill Clinton.
Born and raised in New York, Epstein taught maths and physics in the city at the private Dalton School in the mid 1970s. He had studied physics and maths himself at university, although he never graduated.
After working and later being named a partner at Wall Street investment bank Bear Stearns, he created his own firm – J Epstein and Co. The company managed assets of clients worth more than one billion and was an overnight success.
After that there was no turning back and Epstein began spending his fortune and socializing with celebrities, artists and politicians.

After his sudden suicide while in jail last year, one person was in complete shock, his girlfriend at the time, Karyna Shuliak -who was also the last person to talk to him on the phone. 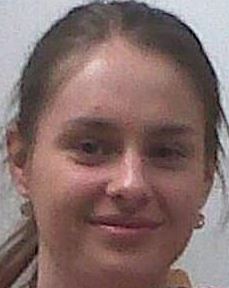 Karyna Shuliak has come forward nearly six months after his suicide telling outlets she had no clue that he was about to commit suicide.
The two were together for about five years and she was with him in Paris before he returned to the U.S. and was arrested at Teterboro Airport.
According to reports, it is believed that Epstein had Karyna Shuliak who is originally from Belarus -wed to one of his American victims. The same-*** marriage lasted from 2013 until 2019. This way Epstein was able to get citizenship for Karyna without facing a high level of scrutiny. He alledgeldy did the same for the girls he used in his trafficking operation.

On the other hand, Shuliak’s profiles show her as a woman in his 30’s who is a registered dentist in the state of Florida and California.