Douglas Emhoff is the proud husband of female politician and current Vice President of the United States, Kamala Harris.

Douglas’ wife became the first woman and first African American of South Asian descent to be elected US vice president. No doubt his wife is breaking more than one stereotype.
Bu what does it mean for Douglas Emhoff now that his wife is known as madam vice president; glad you asked.
Douglas Emhoff or Doug Emhoff for friends, has become the first ‘Second Gentleman’ in US history.
And since you probably know all about Kamala Harris is, we’ll try to focus on telling you everything we know about Kamala Harris husband. His profession, personal details and the life he and Harris have built together.

Kamala Harris husband, Douglas Emhoff is best known for being married to the female politician. The two have actually not been married for long as they come from previous relationships. In fact, they don’t share any children together.

Mr. Emhoff and Kamala Harris announced their engagement on  April 7, 2014. They became husband and wife in Santa Barbara on August 22, 2014. At the time, Harris served as Senator of California.
The two were introduced by a mutual friend and eventually set up on a blind date in 2013. They hit it off quick and the rest is history. Douglas Emhoff has two children; Ella and Cole, from a previous marriage. He was first married to Kerstin Emhoff, née Mackin; a Music videos and commercials producer.
They split in 2008, after 16 years of marriage, though they remain ‘incredibly close.’ According to Emhoff himself.

His ex-wife is the Co-Founder/Executive Producer of Prettybird. She was the producer of the 2010 film The Tillman Story, The Monster, The Trust with Nicolas Cage among others.

As for Kamala Harris children, there aren’t any. Harris was indeed in previous relationships in the past, however before Doug, she had never been married nor did she have children of her own. Instead, following her nuptials to Emhoff, she became a stepmom to his two kids. Both kids gave her the nickname ‘momala.’

26-year-old Cole Emhoff was named for saxophonist John Coltrane. He was still in high school when Kamala and his dad became an item. Cole graduated from Wildwood High School in Los Angeles.

According to his LinkedIn profile, Cole studied psychology at Colorado College. He is currently based in California where he worked for big-time talent agency William Morris Endeavor. He is currently an executive assistant for Plan B Entertainment.

Ella’s name pays homage to the singer Ella Fitzgerald. Like her brother Ella also attended Wildwood High School in Los Angeles.
The 21-year-old has a thing for fashion and is a student at Parsons fashion school in NYC. She also interned for the fashion label A.L.C.
The talented young lady is already producing her own knitwear. She even takes orders for crocheted bucket hats, cardigans and basketball shorts via Instagram DM.

Kamala Harris husband, Doug Emhoff happens to be a high-powered entertainment lawyer. He has over 30 years of experience in intellectual property, entertainment and media law.

He graduated in 1987, with a Bachelor of Arts in communications and media studies from California State University- Northridge.
Mr. Emhoff received his J.D in Law from USC Gould School of Law in 1990.
From 1993 to 1995 was an associate for Bingham McCutchen LLP, after that joined Pillsbury Winthrop Shaw Pittman LLP.
Became partner at Belin Rawlings & Badal in 1998, in L.A. 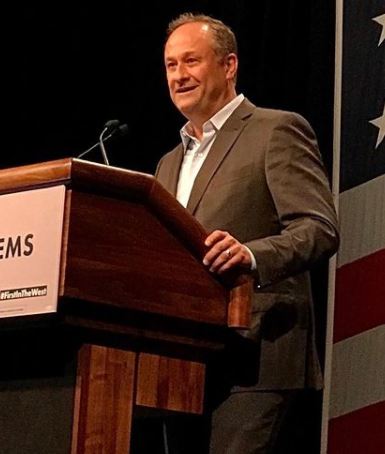 In 2000, was managing partner at Whitwell Jacoby Emhoff LLP, subsequently managing director for Venable LLP in August 2006.
Most recently, he’s been a litigator and partner at DLA Piper Law Firm; where he worked out of both their California and D.C.
According to the firm’s site, his accomplishments include “representing the rights holders of a famous animated character in copyright and trademark disputes,” and the defense of a “prominent former NFL and Olympic athlete in a civil action brought by the SEC.”

As second gentleman, Emhoff has said he plans to advocate on behalf of legal justice reform, helping people to gain fair access to the legal system.
According to recent reports, Doug has plans to abandon his law firm job for a teaching post at Georgetown Law for the duration of his wife’s appointment.

How old is Doug Emhoff

Doug Emhoff not only became the first ‘Second Gentleman’ in US history. In addition, he has become the first Jewish spouse of a vice president.

The couple also celebrate Jewish holidays together. During Hanukkah Harris and Emhoff posted a video on Twitter of the couple lighting the menorah. 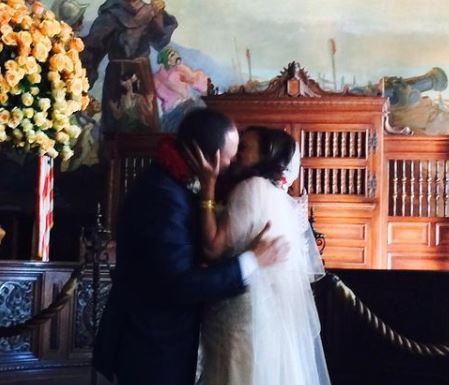 Their cultural traditions were also honored during their nuptials. A flower garland was placed around Emhoff’s neck, a common practice in Indian weddings; and the breaking of a glass at the end of the service to mark Emhoff’s Jewish heritage.

The high-powered entertainment lawyer, makes an annual salary of more than $1 million as a partner at a law firm, making his and Harris’ net worth an estimated $5.8 million. 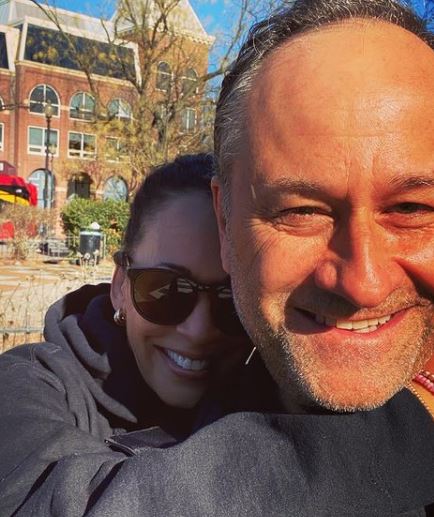 After serving as San Francisco’s district attorney from 2004 through 2011, she became California’s attorney general. She held that role until 2017, when she began her term in the Senate.

Her career as a prosecutor afforded her a comfortable six-figure income, according to the tax returns she’s disclosed.

Since Harris and Emhoff began filing joint taxes, following their 2014 marriage, the couple has reported over $1 million in income per year.
Fortune recently estimated Harris and Emhoff’s net worth at $6.3 million, based on Harris’s most recent Senate disclosure form, filed in May 2020.

There’s no doubt Kamala’s life and work has been greatly inspired by her late mother,
and world-renowned scientist, Shyamala Gopalan Harris.
Kamala once described her mother as “the reason for everything.”

Speaking about her mother, she’s said during recent interviews

“I was raised by a mother who said that to me all the time: ‘Kamala, well, you may be the first to do many things, make sure you’re not the last.’ And that’s how I feel about this moment.”

Born in Madras, India, Gopalan was just 19 years old when she left India alone. Having graduated from Delhi University, she went to study at the University of California, Berkeley, where she received her doctorate in nutrition and endocrinology. 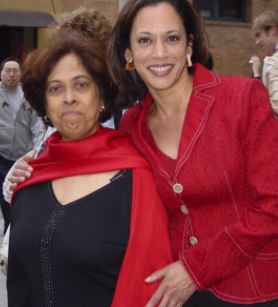 After receiving her PhD, Gopalan stayed at UC Berkeley and became a breast cancer researcher. Her success in this field took her to universities around the world, where she continued conducting research and teaching. She worked at the University of Illinois and the University of Wisconsin, spent time in France and Italy, and then received tenure at McGill University in Montreal.

In the 1960s, Gopalan met a fellow protestor and future husband, Donald J. Harris. Harris emigrated from Jamaica but arrived to the US to attend UC Berkeley, where he received his doctorate. They both became involved in the civil right movement and were married in 1963. Two daughter’s later and the two divorced in the early 1970s. She raised her daughters mostly on her own.
Gopalan passed away in 2009 from colon cancer, she was 70.

Just minutes after Kamala was sworn in as the Vice President of the United States, Twitter switched over control of the White House handles, including hers as VP.

Twitter migrated followers of the previous handles to the new accounts: @SenKamalaHarris has become @VP.

Former San Francisco Mayor, Willie Brown and Kamala Harris apparently were a thing back in the mid-1990s.
Images of the together appeared in 2020 suggesting that the then Democratic vice-presidential nominee, and Brown had an affair while he was still married. 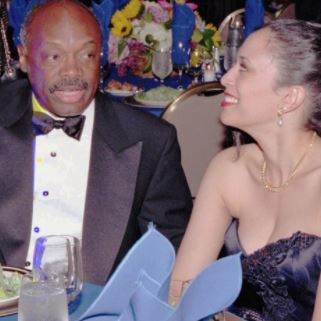 Although the photo is real, reports say he was already separated from his wife for more than a decade when he and Harris dated in the mid-1990s. Their relationship, which ended in 1995, was hardly a secret.
Though Brown was still legally married to Blanche Brown, the two had been separated for many years and he and Kamala made several appearances together as a couple.