Elvira’s husband is well known for his roles in Ex Machina, X-Men Apocalypse and pilot Poe Dameron in The Star Wars sequel trilogy. Most recently, he will appear in Denis Villeneuve’s vision for ‘Dune.’

Oscar who is also a musician, and has been described as a ‘*** symbol’ is also happily married to Elvira Lind; want to know more about the pretty celebrity spouse? Here you’ll find out everything about Elvira Lind, her work, her family and the life she and Isaac have built together.

Elvira Lind happens to be in the same industry as her famous hubby. That said, all her work is done behind the camera.
Though the blonde is best known for being married to Isaac, she is a film producer, writer and director. We got a glimpse of this stunning gal at the 2016 Golden Globes. 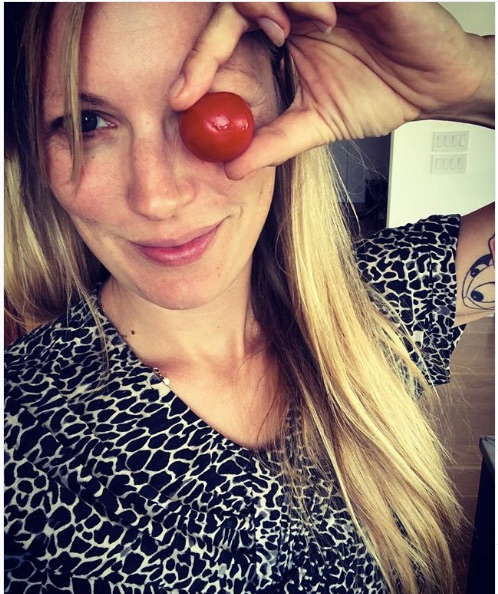 Elvira Lind is known for her work on the documentary Bobbi Jene in 2017 and Songs for Alexis in 2014. 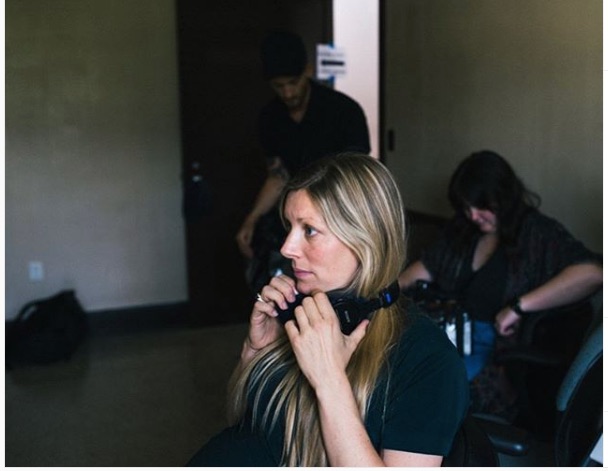 When asked why did she pursued filmmaking, Oscar Isaac wife said

I’ve always loved film. I was very drawn to documentaries because it felt like you were entering something that was really happening. You opened a door and were already inside the film. You’re just trying to keep up with what’s being thrown at you. As opposed to fiction where you have to conjure it up from nowhere. I loved imagining and writing stories when I was little, but I didn’t have the confidence to pursue it.

I didn’t come from a family of filmmakers. And I came from a time when people had a little shitty camcorder that you borrowed from someone’s uncle, and buying film was expensive. Things opened up and changed a lot when cameras became more accessible. I could only afford one year of film school in Cape Town, where I met some amazing people and learned about so many different ways of storytelling.

I came back to Denmark and found myself working for free a lot for other filmmakers while doing a side job. The paid work was very hard to get, but I’d rather work for free with filmmakers that I loved and have more responsibilities than have access to nothing. It wasn’t easy to find my way in, but it’s so worth it.

According to a website, Elvira Lind did managed to finished film school in Cape Town, in 2006, majoring in documentary film.

The first thing you all need to know about pretty 40-year-old Elvira is that she was born in Copenhagen, Denmark.

The lovely Elvira Lind is active on social media. She has an Instagram account with over 20k followers, and she writes on her bio Filmmaker / co creator of MAD GENE MEDIA

She also shares a link to her website, where you can find all of her work.

Being married to an actor and having a film director spouse must either be a dream or a nightmare. At some point they are bound to work together if they still haven’t. And Oscar and wife Elvira Lind, already have. 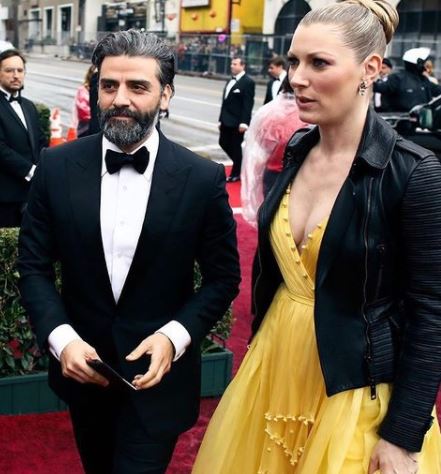 The Letter Room, became her first narrative short and which she directed while pregnant with her second child.
The film stars hubby Oscar Isaac and Alia Shawkat; and has had an all-star festival run, screening at Telluride, Tribeca, and the Palm Springs International Film Festival.

How did Oscar Isaac meet his wife?

It is unknown when or how exactly Oscar Isaac and Elvira Lind came to be or how they met in the first place. Sources they met in 2012, but they dated for several years before they eventually tied the knot.

When did Oscar Isaac get married?

Oscar Isaac and Elvira Lind became husband and wife in March 2017. It is believed the two dated for a few years before taking that next step. 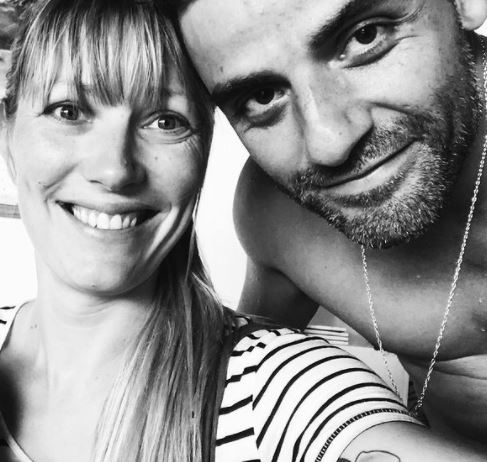 This is the first wedding for both of them. Prior to Lind, Isaac was in a relationship with a woman named, Maria Miranda to whom he was engaged back in 2007. The two never made it to the altar and eventually split.

Oscar Isaac wife is the proud mother of two boys.

Elvira and Isaac welcomed their son Eugene Isaac in April 2017 and a second son was subsequently born in October 2019. 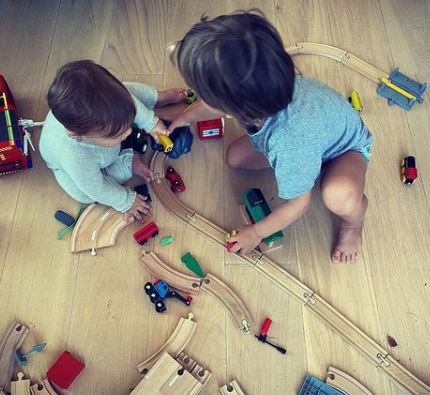 The couple named their second child, Eugene; after Oscar’s mother whose name was Eugenia.
The family of four are currently Brooklyn residents.

What is Oscar Isaacs net worth?

Oscar who was drawn to acting and music at a young age, appeared in local theatre productions in Miami.
In 2001, Isaac was accepted into the world-re renowned Juilliard School. At this point, he decided to relocate to New York in order to attend this famous school and put music aside while he focused on an acting career.

Isaac has landed a range of high-profile blockbusters over the course of his career.
He began his acting with television roles before appearing in films like ‘Che’ and ‘Drive.’ His acting debut came in a crime drama entitled ‘Illtown.’

He is easily recognized for lead roles in films like A Most Violent Year and Ex Machina.
In addition, he has appeared in a number of science fiction films, including “Star Wars: The Force Awakens,” “Star Wars: The Last Jedi,” and “Star Wars: The Rise of Skywalker.”
He is also an accomplished theatre actor with several stage credits to his name.

In 2019, the actor returned to the big screen this Christmas as Poe Dameron in ‘Star Wars: The Rise of Skywalker’ as well with the film, Triple Frontier. 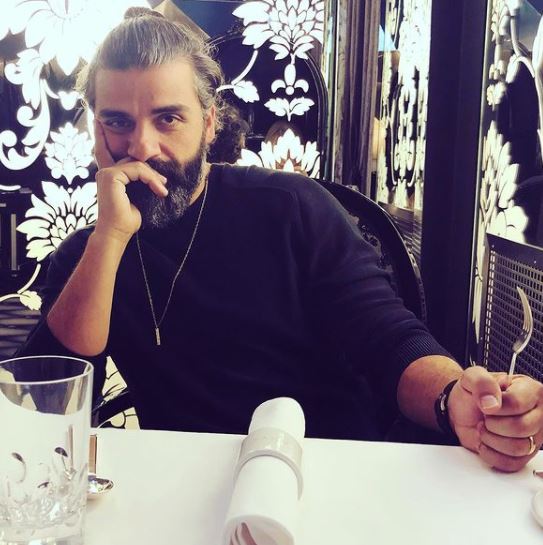 Oscar Isaac stars in Dune as Duke Leto Atreides, the head of House Atreides. Isaac’s character is the father of the film’s protagonist, Paul Atreides, played by Timothée Chalamet.
Speaking about his upcoming role, Isaac said of Villeneuve’s grand vision for his Dune adaptation

“I couldn’t imagine anyone more suited for the tone of the original Frank Herbert novels than Denis,” “There are some things that are — for lack of a better word — nightmarish about what you see. There’s just this kind of brutalist element to it. It’s shocking. It’s scary. It’s very visceral. And I know that definitely between Denis and myself and Chalamet and Rebecca Ferguson as the family unit, we really searched for the emotion of it. I’m beyond myself with excitement. I think it’s good to feel cool, unique, and special.”

Isaac is also set to star in HBO’s Scenes From a Marriage opposite Jessica Chastain, followed by playing the title role in Marvel’s Moon Knight for Disney+. In addition, he will star in and produce the adaptation of Brian K. Vaughn’s Ex Machina comic retitled The Great Machine and star in Barry Levinson’s Francis and The Godfather, alongside Jake Gyllenhaal.

Isaac is represented by WME, Inspire Entertainment and Mitch Smelkinson at GGSSC.
The actor and singer has an estimated net worth of $10 million.

How old is Oscar Isaac?

Born Oscar Isaac Hernandez Estrada on Mar 9, 1979; the 41-year-old hunk, is considered one of the most recognized faces in the entertainment industry.

Yes he can! In 2019 the actor said he was pleased to be making more use of his Spanish in the film, Triple Frontier. He also added that he hoped to make a whole movie in Spanish. His other bilingual role was 2014′s A Most Violent Year.

Though he was born in Guatemala City, Guatemala; Oscar arrived to the US as a baby and the only Spanish he heard was from his parents.

He was raised alongside two siblings by a Guatemalan mother and a Cuban father who was a pulmonologist. His family relocated to the US when he was just five months old. He grew up in Miami, Florida.