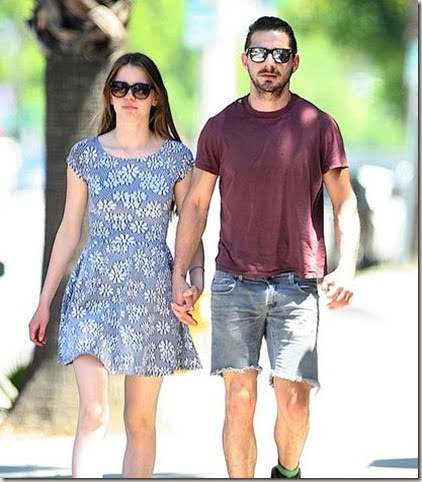 21-year-old Mia Goth must not be very happy with her actor boyfriend 28-year-old Shia LaBeouf. According to recent reports, LaBeouf has been arrested for criminal trespass and misconduct after causing a disruption at a New York City theater. We’ve all heard of his embarrassing conduct so could this be hitting rock bottom for the actor? What does his girl thinks? Could she take more of his eccentric antics? 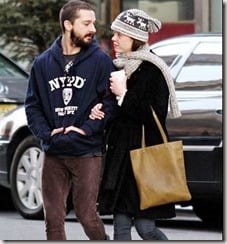 The pair, who are seven years apart in age have been dating since late 2012. He said to have fallen for his Nymphomaniac co-star as they worked on the controversial Lars Von Trier movie, in which the two purportedly had un-simulated *** during filming. Their relationship has been said to be very serious.

Despite the fact that Shia had recently broken up with his girlfriend of two years Karolyn Pho. The actor has apparently already met the 21-year-old’s parents. 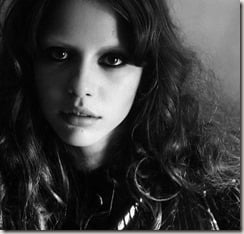 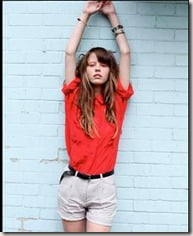 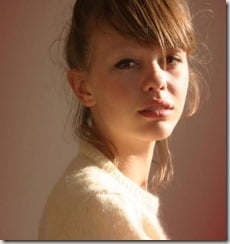 Goth is half Brazilian, half Canadian and she was born in London. Her Mom is from Brazil and her dad is from Canada so she grew up travelling a lot. At the moment she splits her time between Lewisham with her mother, and Los Angeles with boyfriend. 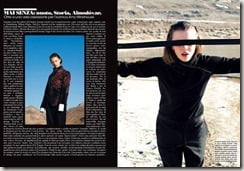 According to a short bio, Mia was scouted at the underage music festival in Victoria Park, London. The photographer, Gemma Booth, asked her to do work with her when she was 15. On her final day, she took Mia to Storm Modeling Agency where they quickly signed her up.

When asked about her style, Mia said she buys most of her clothes from charity shops and second hand stores, –which is something she and Shia have in common -“it’s cheaper and I find really beautiful pieces. I also like to invest in valuable items such as good shoes, bags and coats. I would say my style is a combination of classic items meets casual street wear”. 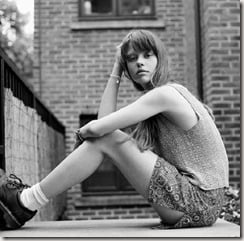 In early 2013 Mia had a small role as Sophie in TV Series The Tunnel (Series 1 Episode 3).

Mia has appeared in some short film  photoshoots “Haunted Love” and “The Next Muse” for Vogue Magazine. She has also modeled for Pepe Jeans & Boots.

Goth has also been featured in ID Magazine, you can read the full interview here. She took on the role as P in the drama-mystery Nymphomaniac-which has been her most important role so far. She also worked on Everest opposite Robin Wright.

Do you think their relationship will last after his latest scandal?

Their relationship not only lasted but grew stronger. Mia and Shia became wife and husband in 2016. The pair tied the knot on October 10, 2016 at a Las Vegas wedding chapel. Though the ceremony was far from being a big Hollywood event it has Shia’s and Mia’s taste written all over it. 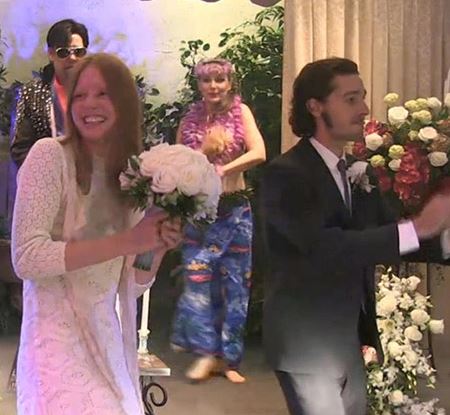 The unconventional couple got hitched by an Elvis Presley impersonator and some reports say it cost less than a thousand bucks.

Thought the couple has remained married without much of a fuss these last few months, it appears some things never change.

As you may or may not have heard, Mia’s hubby was arrested earlier this week. The Transformers star’s made his way to an art installation in Queens to protest president Donald Trump. Shia was locked up on misdemeanor assault and harassment charges.

Will Mia –who will appear in her first leading role later this year –keep on supporting her hubby’s provocative behavior?