Steve Walsh has been named as the UK super spreader who passed the coronavirus to a number of people after getting the infection on a business trip.

Steve Walsh is said to have picked up the disease at a Singapore conference, the 53-year-old inadvertently infected at least 11 other people. He is connected to most of the coronavirus cases confirmed in the UK.

Steve Walsh who hails from Brighton is a family man who allegedly infected people before showing any symptoms of the deadly virus. Walsh who was in Singapore for a conference at the end of last month -was at the Grand Hyatt hotel in Singapore when he was exposed to the disease. The conference was organized by the company he works for.

He then came back home to Hove via a skiing holiday in the Alps. He travelled to Les Contamines-Montjoie, near Megeve, for a ski break to stay with friends, where 11 people were exposed to the virus.
And that’s not all, Walsh then took a flight to London on an easyJet plane with 100-plus passengers. He also made his way into his local pub, The Brigadier in Hove. Before he had any symptoms he also made it to a group yoga session in a church hall. It was until he experienced flu symptoms that he got himself into Brighton hospital’s A&E. He was rushed into quarantine in London last week. 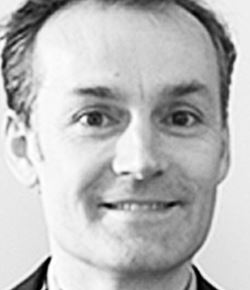 According to The Telegraph, Walsh who is fully recovered remains in quarantine in a London Hospital.
He issued a statement form the hospital saying “I would like to thank the NHS for their help and care – whilst I have fully recovered, my thoughts are with others who have contracted coronavirus,”

Steve who works at Servomex, a British gas analytics company -lives with his wife and their two children, said in a statement that his family has also been advise to isolate themselves. Steve Walsh is in addition, an assistant cub scout leader at the 3rd Hove St Leonards Scout Group where he is known as Shere Khan. Luckily, he had not attended any meetings since coming back from Singapore.

At least six people he came in contact with are being treated in France and Spain. Public Health in the UK is also trying to trace anyone who came into contact with the other Britons who were infected on the ski holiday.
At least a dozen people has been told to go into quarantine; two health centres, a care home and a school have all been closed amid fears they could be contaminated.