Danny Burstein is the proud husband of Broadway star, Rebecca Luker -who has been nominated for multiple Tonny Awards.

Danny’s lovely and talented wife has revealed she was diagnosed with ALS. The 58-year-old performer was most recently seen on the Great White Way in the Tony-winning musical Fun Home.
Born April 17, 1961; Luker, an Alabama native received a Bachelor of Music degree as well as an honorary Doctorate of Fine Arts degree from the University of Montevallo.

She made her Broadway debut in Andrew Lloyd Webber’s The Phantom of the Opera, and was Tony-nominated for her performances in Show Boat, The Music Man, and Mary Poppins.
She has also been seen on Broadway in The Secret Garden, The Sound of Music, Nine, Rodgers + Hammerstein’s Cinderella, and Fun Home.
According to her website, she has performed to sold out audiences and has appeared with the Alabama, American, Baltimore,Birmingham, Cleveland, Columbus, Detroit, Nashville, New Jersey, St. Louis, Chicago, Royal Stockholm, and London Symphonies (to name a few!) as well as the Hollywood Bowl Orchestra. 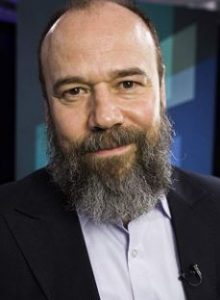 Danny Burstein is a New York native born June 16, 1964; He attended the High School of Performing Arts and Queens College, and holds an MFA in acting from the University of California, San Diego.
He is a stage and screen actor who made his Broadway debut in the early 90’s. He is a six-time Tony Award nominee for his celebrated performances in Fiddler on the Roof, Cabaret, Golden Boy, Follies, South Pacific, and The Drowsy Chaperone.
Burstein had enjoyed a highly acclaimed career on stage with over 27 roles under his belt, according to Playbill. Last month, he returned to Moulin Rouge! The Musical at Broadway’s Al Hirschfeld Theatre.
Best known for his work on stage and off-Broadway -Burstein has also appeared in numerous films and television shows. His most notable screen credits include a recurring role as Lolly Steinman on HBO’s Boardwalk Empire; film appearances in Blackhat, Transamerica, Deception, Nor’easter, The Family Fang, and Indignation, and TV appearances in Absolutely Fabulous, Louie, Law & Order, Law & Order: Criminal Intent, and Law & Order: Special Victims Unit.

He was first married to Laura Debra Toma from 1987until 1998. From his first marriage he is the father of two now adult sons, Alexander and Zachary.
Danny and Rebecca tied the knot in 2000 and have no children together.