The 22-year-old was actually adopted as a baby by Johnson and his long time wife Earlitha “Cookie” Kelly, becoming the youngest child of the couple.

Elisa Johnson has two older brothers, she was raised alongside brother, Earvin III, best known as EJ. Elisa and EJ. also have a half brother, Andre Johnson –born from Magic’s relationship to Melissa Mitchel.

In recent years, Elisa joined her brother EJ Johnson in making her reality TV debut. EJ who is already seen in the reality E!’s  T.V. series Rich Kids of Beverly Hills –landed his own show called EJNYC. The show features his life jet-setting from coast to coast and the life of those around him, including Elisa. 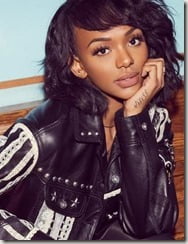 In one of the episodes EJ who is living with sister Elisa spark some drama after EJ gets upset with Elisa for dating a guy who once led him on.

On another episode of EJNYC, Elisa is seen reunited with her birth mother Dawn, who placed her in adoption because she gave birth to her while in her teens. During the emotional reunion, love flows in the air. 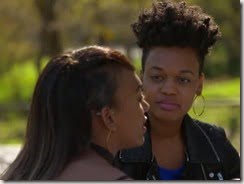 Elisa Johnson was born December 21, 1994; she was three days old when she arrived to the Johnson home. She was born and raised in Los Angeles, talking to CR Fashion, she said she was never out of place while she felt: “completely immersed in the L.A. lifestyle for all of my childhood and teenage years: shopping, eating on Sunset Boulevard, occasional trips to Malibu, and hanging out with all my closest friends.” 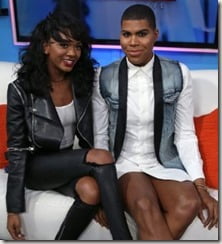 Elisa who is very active on social media, has gained a huge following with her personal style. Elisa Johnson who is currently based in New York, has an interest in the fashion and entertainment worlds. One of her goals include having her own sunglasses line.

Raising awareness about HIV and AIDS is also something important for the fashion student. The 22-year-old is currently attending the Fashion Institute of Technology (FIT) in NYC, her major is Fashion Merchandising Management.