Luciana Chamone is the newest notch on Justin Bieber’s belt if you get our vibe. The Canadian singer and songwriter has been having a good time while taking a few days off during his South American tour.

Bieber currently in Rio, was caught making out with a stunning local identified as Luciana Chamone. Apparently she has gone from ‘obsessed fan’ status to ‘pal’ and even girlfriend of Biebs.

According to reports, the met just days ago while partying at Fasano Hotel in Rio. Next, they were spotted getting cuddly and cozy in the back seat of a car earlier this week. Bieber clearly has taken a like of the **** brunette and he is known to act fast. Luciana and others were also invited to his rented mansion to continue with the celebrations.

A couple of days later, paparazzi snapped him after he flashed his phone at them. It appeared as if he was face timing with Chamone and couldn’t be happier about it. 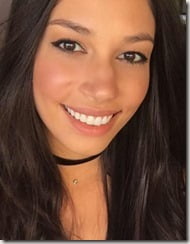 Luciana is clearly a fan of Justin and she’s probably the envy of his girlfriends after spending quality time with her idol. She even posted a Snap from his Purpose tour concert with heart-eyed emojis.

Luciana Chamone comes from a wealthy Brazilian family, the young woman clearly enjoys the life of a jetsetter. She is seen all over the place having the time of her life along with her girlfriends. Whether in Brazil or in the U.S. Chamone has party written all over her. 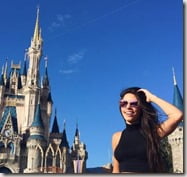 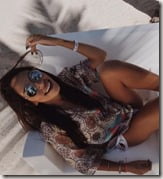 Luciana who is fluent in Portuguese and English has been to the U.S a number of times. Aside from hanging out at the beach, she has also enjoyed of California’s must see destinations including, Disney in Anaheim, California. and L.A’s Griffith Observatory.

Luciana is in her early 20’s and is believed to be a college student. She is very good friends with 21-year-old blogger Marina Pumar who is also a student at the Pontifical Catholic University of Rio de Janeiro
Luciana worked at Grupo Treviso – Volvo, according to her Facebook page.