Sophia Thomalla is the stunning actress and model who is said to be dating Gwen Stefani’s Gavin Rossdale.

Sophia is a German model and is the first woman Rossdale has been romantically linked to since his 20-year divorce from Stefani in 2015.

According to the Sun, the two met on the touring scene and there’s plenty of chemistry.

Sophia Thomalla was born October 6, 1989. She is the daughter of actor parents, Simone Thomalla and André Vetters. Her parents were married from 1991 to 1995.

Following into her parents footsteps, gorgeous Sophia opted for a career in entertainment. She lived in Berlin as a child and studied at the Constantin school for acting and singing in Bochum.

She landed her first TV role in 2006, in the ARD crime scene, Commissario Laurenti. She gained notoriety for her role of Nicole Schneider in the series Mountain Medic. 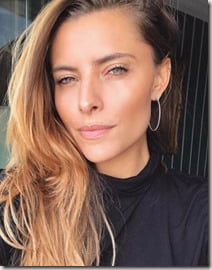 In 2009 she was casted in Germany’s Next Top Model. She later appeared in dancing competition, Let’s Dance –where she won the title of Dancing Star 2010 together with her dance partner Massimo Sinató.

She has also been photographed for a number of publications including German Playboy and made the 2010 FHM Sexiest Women list.

Sophia –who is currently represented by Semperfi Management –has also grabbed headlines for her romantic life. The 27-year-old tattooed stunner has been in a couple of high profile romances and it looks like Rossdale is the latest one. 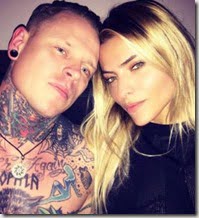 Reports from the NY post claim the two are together, however it seems bizarre after Thomalla actually tied the knot less than a year ago! Having cleared that up, the marriage could always have gone down the drain. Proof of that could be the fact that she does not have one single picture of her alleged husband, Andy LaPlegua –on her social media.

LaPlegua is a 41-year-old Norwegian rock musician best known as the lead vocalist from band Icon of Coil. 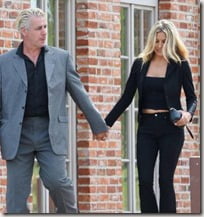 Accoridng to an article she and Andy LaPlegua spent new years separated further fueling the theory that the union didn’t work out.

The article goes on to claim Sophia Thomalla and ex-boyfriend Till Lindemann 54, were re-kindling an old romance. She and Lindemann–from German hard rock band RAMMSTEIN –where together for five years.

However, it appears to be Rossdale could be the new man in her life. The gorgeous TV personality seems to have no problem with older man, given her dating history.

What do you make of the alleged couple? Are Gavin Rossdale and Sophia Thomalla the real deal? Will they make it pass the rumors?