Nashom Wooden best known in the Drag world as Mona Foot, has died due to complications of coronavirus, friends say.

Nashom Wooden was a drag star, the late performer has been described as a drag legend. Wooden who was well known in New York City’s ***** nightlife scene, a part of New York nightlife family.

Wooden who was in his 40’s was known to many as the famous Mona Foot, Wooden began his drag career in 1989 paying homage to Black women namely Aretha Franklin, before hanging up his heels in 2017. After retirement, he brought Mona back for a performance at Wigstock 2018 as Wonder Woman.

He told Paper Mag during an interview that he hadn’t grasped the magnitude of his popularity. “I really became intoxicated once I did Wonder Woman at Union Square Park. I could see the power of it. To be not only a superhero, to be Black and a man.”
He also revealed he learned his makeup skills from none other than RuPaul herself and performed for years around various gay clubs in New York. 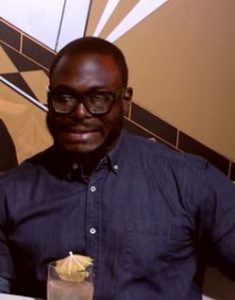 In addition to being known for his Mona Foot character, Wooden also achieved some success in the music business as one-third of The Ones, an early 2000’s dance trio that saw once of their singles, “Flawless,” peak at No. 4 on Billboard’s Dance Club Songs chart. He also was part of ‘My Pet ****’ an off-Broadway show with RuPaul. Following his career as a performer, he worked at the ****, an East Village gay bar, as a bartender, doorman and DJ

Nashom Wooden was a longtime friend of project Runway designer Geoffrey Mac -who was among the people who said Wooden had succumbed to the virus. He’s been described as ‘a beautiful gorgeous creature, an amazing artist and a friend’

Many others have also paid tribute to Wooden through social media. We send our condolences.