Dalton Gomez is the name of the man in the life of pop star Ariana Grande, and the newest man must we say.

It appears Ariana is making the most of her quarantine time and is spending some quality time indoors with her newest beau. Gomez has been appearing in the singer’s Instagram stories though you can never see his face, is clear the two are quarantining together.

According to gossip site TMZ, the new fella is non other than Dalton Gomez. The site also says they have been seeing each other for months! The two were actually caught making out in a video last month while they were out on a romantic diner date. At the time Gomez was just a mystery man and had not been identified yet, but sources tell TMZ the dude smooching Ariana is Dalton Gomez.

So ours and your next question is, who is Dalton Gomez? Well, that’s easy peasy. He is a real estate fella but not just any real estate fella. He’s a high-end real estate agent who handles multi-million dollar listings for L.A.’s A-list buyers. Reason why his circle of friends and aquatances include Miley Cyrus! Is safe to say the new couple have a lot in common. 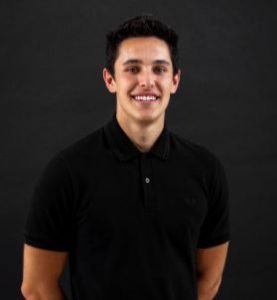 Gomez becomes Ariana’s first love interest, following her highly publicized relationship with Pete Davidson; to whom she was engaged just weeks after they first began dating. However, Ari was devastated following former lover Mac Miller’s death and many say that, that was the deal breaker for her engagement to Davidson.
Getting back to Dalton Jacob Gomez, he works as a luxury home realtor for the LA based Aaron Kirman Group. According to his bio on the site, Gomez was raised in southern California and has been working in the luxury real estate market for five years. He works with A-list buyers and has sold multi-million dollar homes.
In addition he served as the Director of Operations for Aaron Kirman Group during his first 3 years with the company, running all day-to-day operations of the top luxury real estate team in LA.