Derek Chauvin kept his knee on George Floyd’s next for over eight minutes, Kueng and Lane held his back and legs respectively.

George Floyd begged Chauvin to remove his knee from his neck, Chauvin ignored him, so did Lane and Kueng;  Tou Thao also decided not only to ignore George Floyd but also the bystanders witnessing who told them they were killing Mr. Floyd.

Neither of them moved from their positions after George Floyd stop talking, stopped moving, stopped breathing. 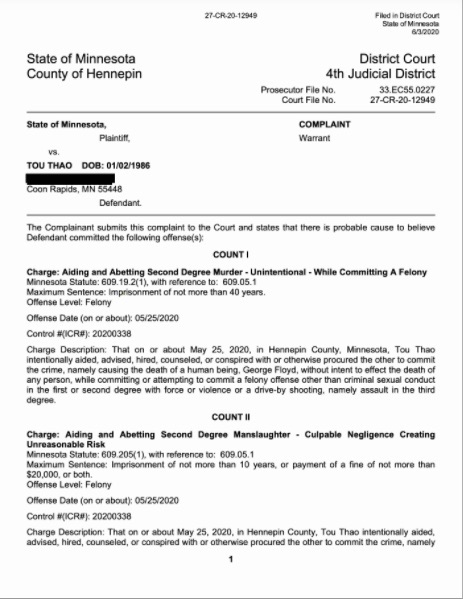 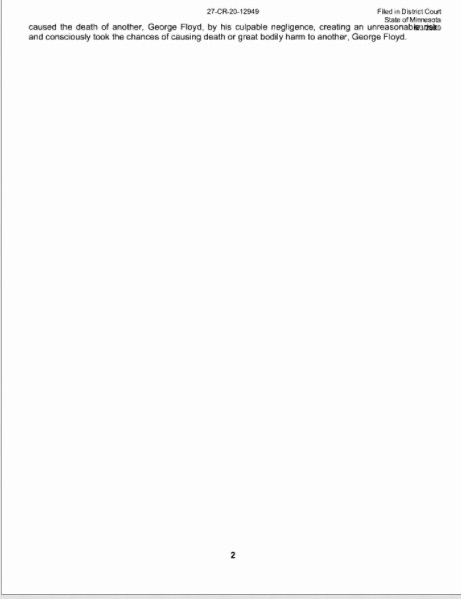 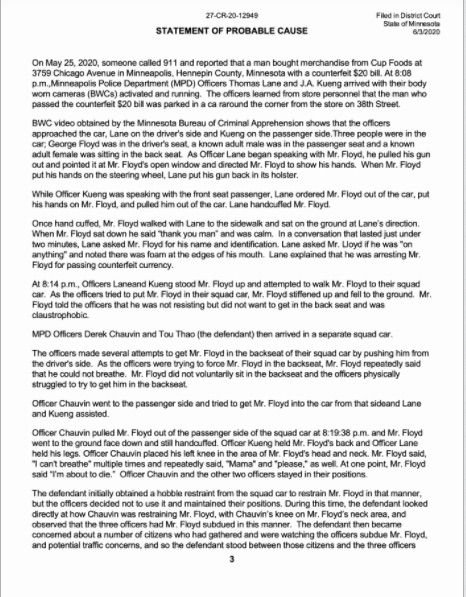 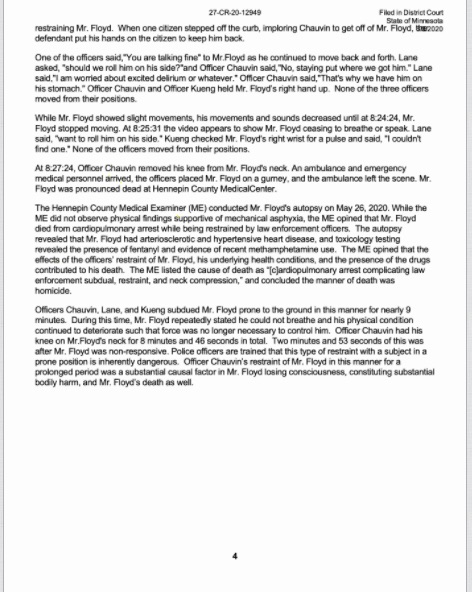 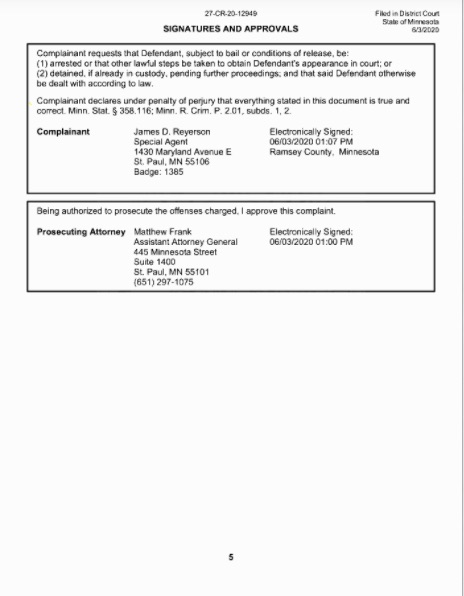 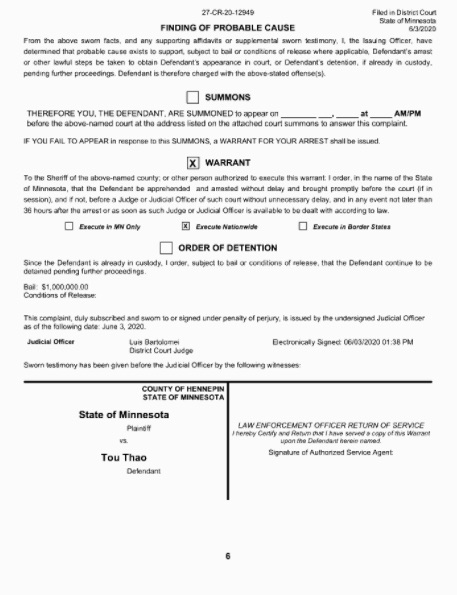 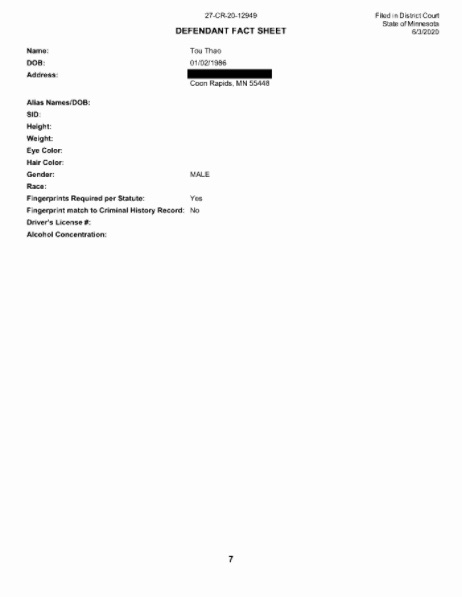 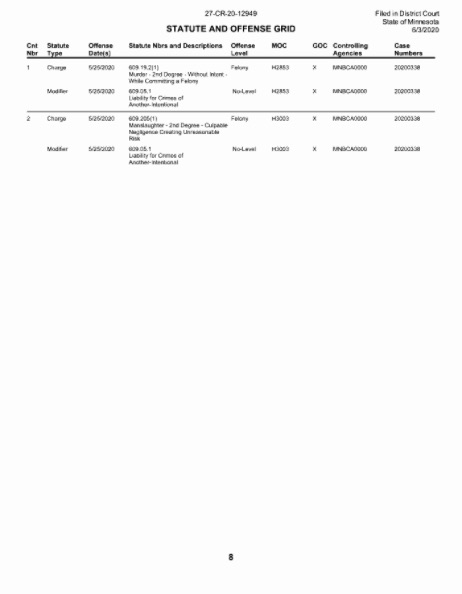 J. Alexander Kueng, Thomas Kiernan Lane, and Tou Thao were charged with aiding and abetting second-degree murder, they could spend 40 years behind bars; they will have their first court appearances Thursday.

As noted in our previous articles on Kueng and Lane, they were rookie police officers, still, in their probationary periods, neither of them had prior complaints on their records.

34-year-old Tou Thao attended the police academy in 2009; He was laid off for two years before returning to the department in 2012, giving him a full-time position.

“On August 8, 2012,  a Minneapolis police dispatcher received a 911 call about a male harassing a female in a parking lot near Tenth Street and Portland Avenue.”

“But on the domestic-violence form that Thao had I.A. complete, she reported that the ex-boyfriend pushed her, kicked her, and pulled her hair.”

“Thao did not see any injuries on I.A. and did not ask about the discrepancies between her oral statements and the written form. Thao and his partner were unable to locate the suspect.”

That looked normal, but he has six police conducts complaints filed against him; five of those were close without discipline, but in 2017 he and another police officer Robert Thunder were sued for using excessive force against Lamar Ferguson, a property manager who recalled what happened to him after he watched George Floyd’s arrest video and recognized Tou Thao and recalled the brutality he went thru by the hands of Thao.

When I first saw the [same] officer, it was an eerie feeling, I didn’t like that.

“I hope he gets what he deserves, he was so aggressive [with me]. If that was a citizen, he’d be in jail already. They need to go where they would put us.

“I’m sorry that it happened, and I hope everyone comes together as one. There needs to be a new police policy and training policy…

“At least people know this wasn’t the first time this has happened, and it’s not the first officer to have done this.”

Lamar Ferguson received $25.000 in a civil suit out of court but he suffered broken teeth, damage to his face, back, and shoulders, along with long-lasting emotional issues.

” Hospitalized for four days. I had a major sublux to my face, I got four stitches and had to wear a brace for two weeks,” he said.

“I was terrified of being around police officers, I had to speak to a therapist, I didn’t like the sound of handcuffs, or the sound of keys, I had night sweats for a long time.”

According to Mr. Ferguson, Thao told him he and his partner were serving him a warrant for his arrest. They then allegedly beat him and broke his teeth while he was handcuffed and his Brittany, then eight months pregnant with his child watched terrified.

We were unable to find the names of Tou Thao’s relatives living with him at his address, it is possible he is married, sadly we can’t confirm it.