Meet Kathleen Lane; she is the mother of Minneapolis police officer Thomas Lane, 37, who was fired from his job after he was caught on tape along with Derek Chauvin, Toa Thao, and Alexander Kueng, applying excessive force during an arrest to George Floyd, who subsequently died.

Mr. Floyd was pinned down to the floor by three police officers, Chauvin kept his knee of his neck for  8 minutes and 46 seconds, Kueng held him by his back and Lane by his legs. Mr. Floyd died from cardiopulmonary arrest complicating law enforcement subdual, restraint, and neck compression.

Chavin has been charged, Minnesota Attorney General Keith Ellison said he plans to charge the other police officers. 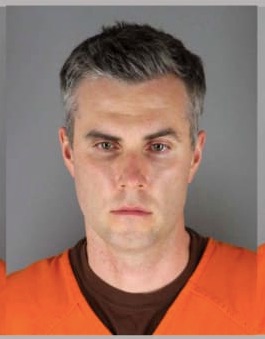 According to sources, Thomas Lane got married in 2018, however, we couldn’t find the name of Officer Lane’s wife.

It has been said he comes from a line of police authorities, his maternal grandfather Donald Michael Mealey was a former Minneapolis Police Detective. Detective Mealey passed away at the age of 92 on June 7, 2008.

Detective Lane’s mother is Kathleen Lane, born Kathleen Anne Mealey on November 23, 1947, in Hennepin, Minn. MN. She is one of five children born to Donald and Gertrude Mealey (nee. Baker).

Furthermore, Kathleen and Stephen Lane tied the knot on December 26, 1977, in Hennepin.