Harry Morton, known as a Los Angeles restaurateur, has passed away at age 38.

According to reports, Morton, the son of Peter Morton and Paulene Stone -was found unresponsive Saturday afternoon at his Beverly Hills home by a family member. No foul play is suspected at this point
Harry, a business tycoon best known as the founder of the Pink Taco restaurant chain, which started in L.A. but has since expanded to other cities across the U.S. He previously worked at Hard Rock Cafe for years, and later headed up the business’s development wing.
He founded Pink Taco in 1999 when he was just 18. He’s also the owner of the Hollywood nightclub the Viper Room -which he bought in 2008. According to the LA Times, Morton was also an investor in Beacher’s Madhouse, the racy vaudevillian show frequented by celebrities and socialites in Vegas and at the Roosevelt Hotel in Hollywood. 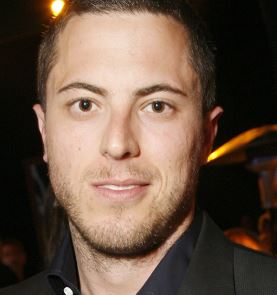 He was born into a very famous family of restaurateurs. He was the grandson of Arnie Morton -who co-founded the incredibly popular Morton’s Steakhouse chain in 1978, and his dad, Peter, co-founded the Hard Rock Cafe empire in 1971.

He was also intro charity and was known in the community as a volunteer sheriff’s deputy in and around L.A. In fact, earlier this year he honored as a Reserve Detective of the Year by the West Hollywood Sheriff’s Station. The station revealed he had dedicated hundreds of hours a year in support of the station’s Detective Bureau.

On the romantic side, Harry Morton was linked to a couple of famous faces. He dated actress and singer, Lindsay Lohan back in the 2000s. He’s also been linked to Demi Moore after her breakup from Ashton Kutcher. According to his IMDb, he was also in relationships with Paris Hilton, Rumer Willis, Hayden Panettiere, Jennifer Aniston and Britney Spears.
At the time of his death he was though to be single as there are no reports of him being married or having kids.