Choi Jong *** used to be the boyfriend of late, South Korean singer -Goo Hara who died over the weekend at age 28.

Goo Hara was discovered by a friend in the Gangnam region of Korea’s capital, according to the Yonhap news agency.
Choi’s talented girlfriend is remembered as a K-pop singer and dancer who performed with the all-girl group KARA. Her cause of death has been deemed as possible suicide.
This wouldnt be the firt time Hara attempts against her own life. In May of this year, reports say she was taken to the hospital after a suicide attempt at her apartment.

Born Goo Ha-ra on January 13, 1991; she also dabbled in modeling and acting. Hara who was active in the industry since 2008 won the 2010 KBS Entertainment Award for Best Female MC.
She was a model for online clothing companies before starting her music career in 2008. Also an actress, she starred on the TV series City Hunter. Before her death, she had amassed more than 1.6 million Instagram followers. 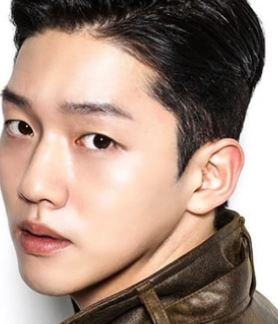 She was in a relationship with singer Yong Jun-hyung from 2011 to 2013. She then dated Choi Jong *** and the relationship ended badly as Goo Hara took her then boyfriend -to court and the two engaged in a high-profile legal battle.

Choi Jong *** -is said to have, drunkenly attacked and assaulted Hara at her home back in 2018. He also threatened to ruined her image and career by releasing a *** tape of their time together. *** uploaded a nude photo of her without her consent and despite his threats, Hara took him to court.
Choi faced three trials on the charges of physical assault, intimidation, blackmail, and more, and at the trial today, he was officially found guilty of most of the crimes and received 1 year and 6 months suspended for 3 years.
Though he was convicted for destruction of property, physical assault, intimidation, and blackmail, he was found innocent of any sexual assault or crimes related to the intimate tape he and Hara filmed. The case is being appealed by Hara’s team.

Choi Jong *** is a hair stylist by profession, he became well-known to the public after the massive scandal involving Hara. Last may he launched a new salon. Find the Hair designer on Instagram here.