Hal, an acclaimed music producer has been taken from us due to Covid19, and like so many others, it hurts. He is described as one of the most eclectic and original producers in contemporary music.
Though no cause of death has been confirmed, numerous reports say, he was suffering from symptoms consistent with the coronavirus. Hal who died in New York, was 64. 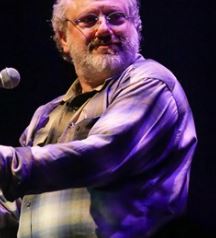 He first earned notice in 1981 with Amarcord Nino Rota. That same year, Willner also signed on as the music supervisor for the long-running NBC sketch-comedy series Saturday Night Live, a position he held for many years to follow.
He was a producer for the 80’s short-lived syndicated series Michelob Presents, Night Music, followed in 1992 by Weird Nightmare.
Willner earned considerable notice for Stay Awake, a tribute to the classic music of Walt Disney’s animated films which featured Ringo Starr, Sun Ra, and Sinéad O’Connor. Animated music remained one of his preoccupations for many years.

Durign his lifetime, he worked with the likes of Lou Reed and Marianne Faithfull. He produced music for some of the biggest household names of our time.
In 2018, Willner was honored during a tribute show in Brooklyn, with performances by Anderson, Nick Cave and more.

According to his social media, Willner was engaged at the time of his death, however no girlfriend/wife or fiance has been identified as of this writing. Though is not yet confirmed, his romantic partner is said to be a writer who used to work for Rolling Stone named, Sheila Rogers.