Geri Allen is a late musician who was once married to Grammy-winning trumpeter, Wallace Roney -whose mentor was non other than Miles Davis.

Geri’s husband has become another victim of the deadly coronavirus, according to reports Roney died in hospital in Paterson, New Jersey, where he had been admitted last week. He was 59.

Born to musician parents, in 1960, Roney trained at Duke Ellington School of the Arts, Howard University and Berklee College of Music.
At age 23, he met hero Miles Davis who became his mentor, thus his style would be frequently compared to Davis’s.
Roney then hit the club club scene in New York, and after playing for a while he was invited into the storied hard bop band led by Art Blakey, the Jazz Messengers.
During the 80’s Roney recorded a number of albums with drummer Tony Williams. He won a Grammy in 1994 for the album A Tribute to Miles.
Wallace Roney also recorded 22 albums as leader in a post-bop or fusion style, beginning with 1987’s Verses.

Wallace Roney is survived by two children from his marriage to late wife Geri Allen. At the time of his death, it appears he was in a relationship with Dawn Felice Jones -who has been described as his fiancee. 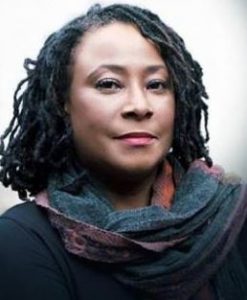 Geri Allen was born June 12, 1957; she was a widely influential jazz pianist and composer who died of cancer in 2017 at the age of 60.
The Detroit native began learning piano at age 7 and went on to graduate from Cass Technical High School. Allen graduated from Howard University in 1979, as one of the first students to complete a jazz studies degree there. She earned an M.A. in ethnomusicology from the University of Pittsburgh in 1982.
Allen became a protégée of the late trumpeter Marcus Belgrave and in the early stages of her career she toured with former Supreme Mary Wilson.

Geri recorded a number of albums, including her 2013 album Grand River Crossings: Motown & Motor City Inspirations -which was a hometown homage.
She left her mark appearing on notable albums with the saxophonist-composers Ornette Coleman, Oliver Lake, Steve Coleman and Charles Lloyd; drummer Ralph Peterson, Jr.; bassist Charlie Haden and drummer Paul Motian; and many others.
In addition to her playing career, Geri Allen was also an educator for 10 years at the University of Michigan. She began as director of jazz studies at the University of Pittsburgh, her alma mater, in 2013, succeeding one of her mentors, Nathan Davis. Three years later she became artistic director of the Carr Center

Roney and Geri Allen were married in 1995. During their marriage the couple welcomed two children, Barbara and Wallace Jr. However prior to her death, they were already divorced. Geri Allen was also the mother of another daughter, Laila Deen.