Gabrielle Rogers is the wife of British TV actor and coach, Andre Jack -best known for his numerous contributions to movies and theatrical productions for decades.

Gabrielle’s husband is said to have become the latest coronavirus victim among celebrities. Jack passed this morning from complications due to the deadly Covid 19. He had been diagnosed just two days prior. He was 76.

Jack’s impressive resume included dialect work on multiple Marvel franchise films such as “Guardians of the Galaxy,” “Captain America: The First Avenger,” and with Chris Hemsworth on the last two “Avengers” movies.
He also played Major Caluan Ematt, a member of the Resistance, in two “Star Wars” movies: “The Force Awakens” and “The Last Jedi.” Other acting credits include Sherlock Holmes, Kate & Leopold, The Lost Lover, Restoration and Nostradamus.
His most recent project was as the dialect coach on Matt Reeves’ upcoming movie “The Batman,” starring Robert Pattinson. He was in the business for over 30 years.

He is survived by wife, Gabrielle Rogers, his second wife and two adult children. Her husband was married twice before; first to Felicity Hutchinson from 1974 to 1987, and then to Paula Jack from 2000 to 2018. From his previous marriages he was the father of two children, Rupert and Katherine Morgan. 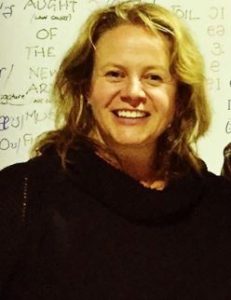 Gabrielle Rogers, also works as a dialect coach herself. According to a profile, the Australian native has been working in the theatre, film and television industries for over 15 years as a voice, accent and dialect coach.
She studied at NIDA – National Institute of Dramatic Arts, and began her career as an actress in the 80’s.
She later transitioned to coaching and became the country’s most sought after voice and dialect teacher. As a coach, she has taught at all the major actor training academies in Sydney, including NIDA, ACTT, Actors Centre Australia, STS, The Actors Pulse, and The Actors Studio.
She was also commissioned to create the NIDA Accents and Dialects database for the Rodney Seaborn Library.

Gabrielle Rogers is the mother of two children form her first marriage to Pete Rogers. She is currently the manager at Gabrielle Rogers- Voice Coaching Services. She is represented by Jill McCullough at The Dialect Agency.