Walter Dominguez is the longtime husband of actress and producer, Shelley Morrison -whom you may know for her role on the long-running sitcom “Will and Grace”

Walter’s wife was perhaps best known for her role of sharp-tongued maid Rosario Salazar -in NBC’s Will & Grace. According to reports, she died at Cedars-Sinai Medical Center in Los Angeles from heart failure after a brief illness. She was 83.

Shelley -a New York native -who was Sephardic and grew up speaking Ladino; played Rosario Salazar in 68 episodes of the sitcom from 1999 to 2006. The character, an illegal immigrant from El Salvador, was only due to appear once but proved so popular with viewers she made regular appearances.
Morrison was offered the chance to reprise her role when the series, which originally ended in 2006, was revived in 2017, but she declined, having retired from acting.
She also appeared in films alongside Salma Hayek, Gregory Peck, Anthony Quinn.

She is survived by her husband of over four decades, Walter Dominguez. 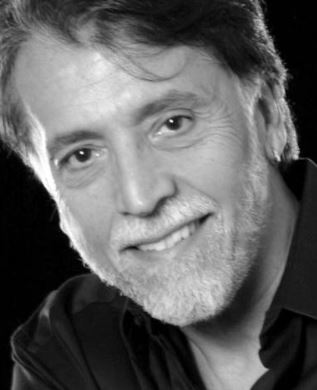 Dominguez who also worked in the industry as a filmmaker -was born Walter Robert Dominguez on July 18, 1938. The California native who has Mexican roots served as an assistant director and director, known for the documentary “Weaving the Past: Journey of Discovery” (2014) and “Whitewashed Adobe: The Rise of Los Angeles,” a story about the history of LA from 1850-1950.
Some of his early work includes, Bonnie’s Kids (1972) and Devil Times Five (1974). He has credits in Hollywood and Independent film, television and video production.
In the making of Weaving the Past: Journey of Discovery – Walter Dominguez uncover the long-hidden secrets of his grandfather’s earliest years. His grandpa was one of the most prominent and beloved Mexican Methodist ministers in idyllic Santa Paula in rural Southern California. A community leader who was known for his generous heart and kind spirit.

According to his LinkedIn, Dominguez attended University of Southern California and is listed as the director, producer and writer at Chasing Light Pictures, LLC.

Dominguez and wife Shelley -collaborated together as she often served as producer in his projects.
Before he and Shelley became husband and wife-he was previously married to Christine Lynn Dettner. The marriage didn’t last and they divorced in 1971, after two years of marriage. Walter Dominguez and Shelley met in 1973. They didn’t have any children of their own, however, they adopted three sons and three daughters through a Native American ceremony -the NY Times reports.