Salman Abedi has been identified as the man who blew himself up and killed 22 people and injured dozens at last night’s Ariana Grande’s concert at the Manchester Arena in the U.K.

Authorities in Manchester named the 22-year-old as the lone suicide bomber who detonated the blast causing mayhem towards the end of the pop singer’s gig.

Salman Abedi is thought to have been known to both the police and the security services. A few hours after the attack, Islamic State claimed it had been carried out by “a caliphate soldier.”

Born in 1994 in Manchester, Salman Ramadan Abedi, was the son of Libyan refugees Abu Ismael Abedi and wife, Samia. His father who worked as an odd-job man in Manchester, is thought to be in Tripoli.

Salman Abedi along with the rest of his family gathered at Didsbury mosque in Mancheste -his father Abu Ismael is a well-known figure within the Libyan community. 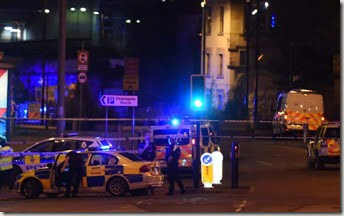 It is believed Salman Abedi lived in Manchester with his mother. He was the second youngest of four children, including brother, Ismael and an 18-year-old sister.

His parents were both born in Libya but appear to have emigrated to London before moving to the Fallowfield area of south Manchester at least a decade ago.

Accoridng to the Telegraph, Abedi grew up in the Whalley Range area.

Salman has been described as a slightly withdrawn, devout young man, always respectful to his elders. 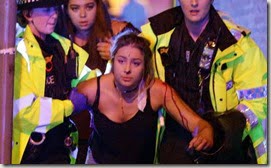 Members of the Libyan community living in Manchester have expressed disbelief and shock at Salman’s actions, saying he was ‘such an unlikely person to have done this.’

Another community member said his father will be devastated saying “he was always very confrontational with jihadi ideology, and this Isis thing isn’t even jihad, it’s criminality. The family will be devastated.”

Police in Manchester said they executed two warrants on Tuesday as part of the investigation, including a raid involving a controlled detonation. Salman’s attack has been described as the deadliest in Britain since 2005.

During raids across the Grater Manchester area, a 23-year-old man was detained by police in connection with the attack. Some assume he could be related to Salman Abedi, perhaps his brother.

Police is currently trying to determine if he was indeed part of a network or if he worked alone.