Lady Victoria Hervey is a model, socialite and aristocrat from the UK -who was at a point a romantic partner of none other than Prince Andrew.

Lady Vcitoria born Victoria Frederica Isabella Hervey on October 6, 1976; has recently spoken about penning a book to tell her experience of dating infamous prince Andrew -who has been linked to late disgraced financier Jeffrey Epstein.

Lady Hervey had a brief relationship with the Prince but has remained very tight lipped-about their relationship over the years.
43-year-old Lady Victoria spoke out about her relationship with Jeffrey Epstein, Ghislaine Maxwell and Prince Andrew on Good Morning Britain last week. 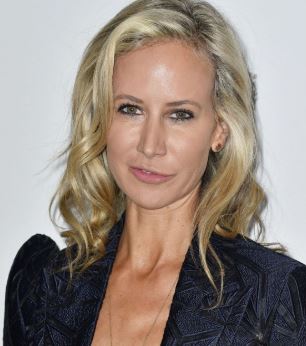 Harvey who has been a part of that social scene for many years, became part of Andrew’s circle of powerful pals. She was later introuduced to Epstein and even lived in one of his apartments in New York, where she was working as a model. She has stated she found the experience “frightening” and left after a week.

Lady Victoria Hervey also known as Lady V -is the the daughter of Victor, the sixth Marquess of Bristol the first member of his family to go to prison, for theft and his third wife Yvonne who had previously been his secretary.
She was educated in Britain, at Benenden School in Kent. After a gap year spent in Florence and working at advertising agencies in London, she turned down a place at Bristol University to read French and Art History.
In her early years she worked as a receptionist to film director and bon viveur Michael Winner. She dabbled in modelling for a few years and appeared on Paris catwalks.
She became a popular cover girl for men’s magazines, and the Sunday Times hired her to write its “Party Animal” column.
In addition to modeling, she has also starred in various reality shows – including Love Island in 2006, The Farm and skiing contest The Jump.