Kelly Mehlenbacher -is the latest aide to quit Kamala Harris campaign amid Harris’ fall behind in polls.

Reports say Harris’ campaign has experienced significant turbulence including layoffs and redeployments.
Kelly who is described as a top staffer for Kamala Harris’ presidential bid -has found herslef a new job with Michael Bloomberg -the billionaire former New York mayor formally entered the race last weekend.
Kelly Mehlenbacher had worked in operations for California Sen. Kamala Harris’ 2020 presidential campaign -the only black woman in the race.
According to sources, Kelly stated that she resigned from her previous gig over frustrations with the organization and will now become deputy chief operating officer for Bloomberg. 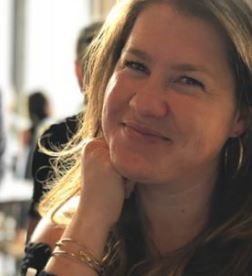 According to her impressive resume, she holds a Bachelor of Arts and Sciences – Political Science from Texas Tech University. She began her career in accounting back in 2008 working for HillPAC. She then worked for Hillary Clinton for president for three years unitl 2010.
In 2010, she was named Special Assistant at USAID and the following year a Deputy White House Liason for the US Department of State. From 2014 until 2015 she served as the Operations Director at Battleground Texas and was Treasury Manager for Hillary for America before becoming Chief Operating Officer at Onward Together in 2017.

Kelly -who is in her 30’s -is quite active on social media, she has an Instagram profile with over 145 posts and 400 followers. From the social platform we can tell, mrs. Mehlenbacher enjoys outings with friends, the theater and seems to be in a relationship with a guy named Dev Basumallik. She is also close to her parents who have been married for 37 years.