Their father famously served as Mayor of New York for four terms from 2001 until 2013. The businessman and philanthropist is also known for being in the top ten among the richest people in the country. The 77-year-old is no contemplating getting into the 2020 presidential race.
The founder of Bloomberg LP -has been in a relationship with Diana Taylor since 2000 -was previously married to Susan Brown-Meyer from 1975 until 1993. From his marriage he is the father of two daughters, Emma & Georgina Bloomberg.

Emma Beth Bloomberg was born May 10, 1979; out of the two sisters, is safe to say Emma is the most private. She is a graduate of Princeton University, the Harvard Kennedy School of Government and the Harvard Business School, and lives in New York City. 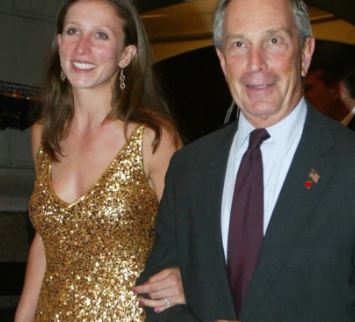 She is a married woman who also goes by Emma Frissora. Emma is the wife of Christopher Frissora, son of another billionaire, Mark Frissora. She and her husband have been married since June 2005. They welcomed daughter, Zelda Violet in 2015. 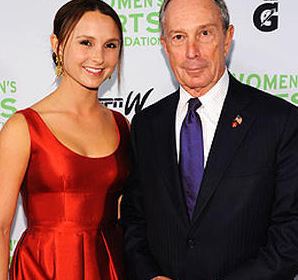 Georgina Bloomberg was born January 20, 1983; the New Yorker has made a name for herself as a professional equestrian and philanthropist.
Georgina a decorated equestrian and published author, attended The Spence School and later New York University’s Gallatin School of Individualized Study. She also attended Parsons Fashion Design College. She is known as a professional show jumper and team owner.
In 2002 she broke her back while training but made a full recovery after wearing a brace for six months.

In addition to a successful equestrian career, Bloomberg has co-authored four young adult novels about the equestrian show circuit, The A Circuit, and is well known for her philanthropic efforts, particularly for her extensive animal welfare work and for founding The Rider’s Closet in 2006.
Though she is currently single, Georgina is the proud mother of one child. She gave birth to son, Jasper Michael Brown Quintana in 2013. Her baby daddy is ex-boyfriend, Ramiro Quintana.