Aisling Tucker Moore hit the headlines earlier this year after she was accused of killing her uncle.

Moore an actress and author, was hit with upgraded murder charges in January and recent reports indicate she was also in a movie in which she kills someone.
Her murder trial is set to start in December, read her top facts. 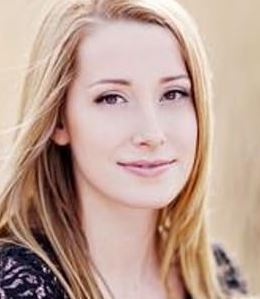 #1 Her parents are authors

Aisling Tucker Moore was born October 15, 1989, she is the daughter of two New York Times bestselling authors, Kelly Moore and Dan Reed. She has a younger sister, Larkin.
Kelly Reed, is a true-crime author and former California lawyer who previously represented the model and 1993 Playboy Playmate of the Year Anna Nicole Smith.

#2 Aisling Tucker Moore is an author herself

Aisling Tucker Moore has written books and reported for the Grants Pass Daily Courier under the name, Tucker Reed. She is a former Ashland High School and University of Southern California graduate. She co-authored the young adult novel, Amber House and its sequel Neverwas.

#3 She allegedly killed her uncle and she filmed it

The 30-year-old is currently facing murder charges of murder and first- and second-degree manslaughter in death of her maternal uncle, Shane Patrick Moore. The actress and writer, who previously had obtained a restraining order against her uncle, allegedly shot him in the chest as he stepped inside the front door, and he bled to death from his injury.
The 2016 shooting took place at Shane’s parents home. Investigators got hold of cellphone footage Aisling filmed while shooting her uncle.

#4 She claimed self defense

Following the shooting back in 2016, Aisling Tucker Moore was arrested and freed on bail. At the time she claimed she acted in self-defense against the uncle, who had been threatening Reed and members of the family and who was under specific court order to stay away from his niece after assaulting her in 2015.

#5 Her uncle was a drug addict

According to Reed’s defense lawyer, he told Jackson County sheriff’s detectives after the shooting that Shane Moore was addicted to drugs, and had threatened Reed and Reed’s mother “many times”

Aisling Tucker Moore-Reed is also an actress who stars under the pseudonym Wyn Reed in the lead role of Valerie Faust in the upcoming horror flick “From the Dark,” according to the Mail Tribune. Her character shoots someone dead in the upcoming horror movie. She auditioned and got the part in March 2018 while out on bail.

#7 Producers did not know about the murder charges

The producers wrote IndieGoGo page — “the person we came to know and respect as a performer and cast member, Wyn Reed,” was arrested on an upgraded charge of murder for the alleged shooting. Unfortunately, being a small micro-budget film company, we didn’t perform background checks on our hires”