J. Lo’s ex-hubby and baby daddy was most recently married to wife number three, Venezuelan actress and model, Shannon De Lima. Many shed tears after hearing about the couple’s break up. Marc and Shannon announced their divorce in 2016 after two years of marriage -and that now is ancient history.
In addition to sharing 11-year-old twins Max and Emme with Jennifer, he is also the father of Arianna Muñiz from his relationship with former girlfriend Debbie Rosado –and shares two sons, Christian and Ryan from his marriage to former Miss Universe Dayanara Torres. 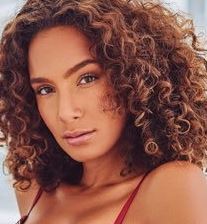 Marc who is always sorrounded by beautiful women, has since been linked to Chloe Green and Italian stunner, Raffaella Modugno. However, now seems to be the time for Jessica Harris.
The two were seen holding hands last September after Marc took her to a school sports event in which daughter Emme was participating. She’s also been pictured attending Marc’s concerts, so who is the stunning lady?

28-year-old Jessica Lynne Harris is originally from Philadelphia and grew up along with sisters, Alexandra and Olivia; and brother Stephen.
She is currently based in Miami -where she has been living for at least a couple of years. Jessica is fluent in German and has dual nationality -thanks to her mom Rita who is Swiss.
Before making the move to Miami she attended Southern Methodist University for about a year and also worked as a real state agents for a while.

She is known as J Lynne -in the fashion world, she signed for Next Model Agency and has walked the runways of New York Fashion Week and showcased beachwear a number of times. In addition to modeling, Jessica Lynne Harris is also into acting and previously tried for America’s Next Top Model.
Jessica was in the past, seen with another famous face, Scott Disick -Kourtney Kardashian’s ex husband. However, a relationship was never confirmed.