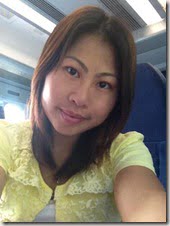 Dale Bolinger, the cannibal British nurse who was arrested along with his 30-year-old son Rick on February 21, had plans of killing and eating his friend Lian Chen, a Chinese takeaway worker.

27-year-old Lian Chen had moved to Britain from Sichuan in China to study English in 2011, and works at Chop Chop Chinese takeaway in Canterbury, Kent, since last July. She met Bolinger during his weekly visits there. She later went to his house for a cup of tea. She stated:

“He appeared just like a normal customer but I feel like he wanted to chat to someone,” Lian added. “I chatted to him, we shared a joke.”

Bolinger became friends with her as part of alleged plans he had with the “Cannibal Cop” in the US, to kill and then eat their victims. Lian was shocked when she knew about Bolinger’s arrest and intentions. She described him as valued customer and “really lovely man”. She also said:

“I feel horrified now. You try to talk to a nice person, it’s really upsetting. It’s not right that this all happened behind my back.”

Bolinger was arrested on suspicion of conspiracy offenses, grooming and possession of child abuse images. Conversations between Bolinger and US cop Gilberto Valle have been found, where both planned how to kill and cook a woman matching Lian’s description.

“Her name is Lian. Very cute Chinese accent … will do, get a pic of her this weekend if she meets me for coffee sometime this weekend. I’ve got so many plans for her! … once she comes to my house I’ll just snap her neck. It’s worked before.”

A jury in the US also heard a conversation in which Moody Blues advised Valle to slow roast his victims, adding that “girl fat (is) great for roasting potatoes and Yorkshire pudding”.