Morgan Desjardins has been revealed as the woman who got in the pants of married congresswoman, Katie Hill.

Morgan is said to have been involved in a “throuple” relationship with Hill and Hill’s estranged husband, Kenny Heslep. Since the scadalous relationship was revealed earlier this week, Hill who is currently divorcing, admitted to an affair with Desjardins, calling it “inappropriate.”

Morgan and Hill met after she was hired to serve as a campaign staffer for Hill and tasked with helping her get elected to Congress in 2018.
Is not clear how the polyamorous three-person relationship began but reports suggest that Morgan was ‘groomed’ by Hill and maybe even her now estranged husband.

Katherine Lauren Hill -the U.S. Representative for California’s 25th congressional district -became the first openly bisexual woman elected to Congres. She is the Vice-Chair of the House Oversight Committee.
Prior to being elected, Katie was the Executive Director of People Assisting the Homeless (PATH), a statewide non-profit organization working to end homelessness throughout California. 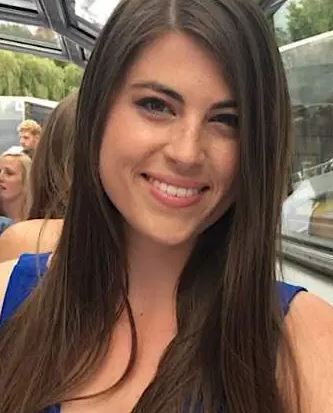 24-year-old Morgan Desjardins is a native of Santa Clarita, California. Her parents are Nor Wizen Desjardins and Joe Desjardins. Her mother is originally from Kuala Lumpur, Malaysia. She has a younger sister.
She is a graduate of UC Davis, where she studied Biological Sciences. While attending University she was an undergraduate researcher at UC Davis for biological sciences professor David Segal.

Right after graduation, the young woman landed a subordinate gig on Hill’s campaign staff around September 2017. She has served as a fundraising consultant on Hill’s congressional team as well as senior staffer.
Shortly after, the two began a relationship which lasted several months until Hill won the elections and moved to D.C.
Morgan can be seen in leaked nude photos with Hill. The snaps were published by the Daily Mail and Hill is asking for an investigation into the leaked photos.
In texts obtained by the Mail, Morgan Desjardins texted Hill’s husband saying “I’m still a mess over you f*ckers,” “I didn’t realize how much being the ***** little secret bothered me,” “It was a dark time and you treated me really poorly but I also stayed which I also have to own. The relationship was just not healthy.”