Jacqueline Staph is the stunning model wife of actor and comedian -Orlando Jones who recently revealed he was fired from American Gods.

Jacqueline’s longtime husband is well known for his film work and stand up comedy; the Alabama native born April 10, 1968; began his career as a writer and story editor for television on A Different World and Roc. In 1995, he made the transition to acting with Mad TV as both a cast member and writer for two seasons.
In 1998, he switched to films and took small roles in Sour Grapes, Woo and Office Space. His first major role came a year later in Barry Livenson’s Liberty Heights, playing Little Melvin.

Other films include , the Oscar- nominated drama Magnolia and the comedies Bedazzled, The Replacements and Chain of Fools. Besides working for film, Jones has also done TV commercials. He most recently played Mr. Nancy for the first two seasons on ‘AG’ -however he recently revealed in a Twitter video that he was fired back in September and, without directly naming him, slammed showrunner Charles “Chic” Eglee for the move.

Luckily for Jones he can count with the love and support of wife, Jacqueline Staph. Check out interesting facts about Mrs. Jones. 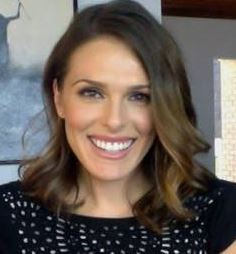 #1 She met her husband in Las Vegas

The two met back in 2005, of all places, at a Las Vegas birthday party for a mutual friend “Everyone got wild, but Orlando remained a gentleman,” Staph -who is 15 years younger than Jones, said during an interview.

#2 She was proposed to by his dog

Jones has said during interviews, that his pet bulldog, Bubba, was the one who proposed to Staph in the spring of 2008, wearing the ring around his neck.
“I wanted to give her something she would never see on someone else,” Jones revealed, so he chose a nearly century-old platinum engagement ring. The jubilee-cut center stone is framed by two princess-cut diamonds.

The couple said their vows on January 2, 2009 on the lawn at the Hotel Bel-Air in L.A. They created a romantic mood by lighting the ceremony with votives, pillars and lanterns. The duo placed their parents’ portraits on the cake table for a touching tribute.

Since their marriage the couple has welcomed one child together. Staph gave birth to a daughter in 2011 whom the couple named, Raquel. The couple is also parents to a younger daughter.

Jacqueline was born on the 4th July 1983. She majored in International Development at UCLA and pursued a career in modeling for a while, however she is best known for her romance and subsequent marriage to her actor husband. This days, the spouse and mom is also behind the natural makeup and skin care blog, The Beauty Proof. She says in it, “I created The Beauty Proof in 2012 to empower you to take ownership of your beauty routine in a way that promotes your health, your unique gorgeousness, and your confidence as a buyer and user of cosmetics”