Dennis Berry is the director husband of iconic French star, Anna Karina -who died on December 14th, 2019 -in Paris, France. She was 79.

Dennis’ wife is said to have perished at a Paris hospital, following a battle with cancer, the NY Times reported. She is best remembered as a New Wave cinema star, style icon and singer.

Born in Denmark as Hanne Karin Bayer, she began her career as a model. After modelling in Denmark, she moved to Paris at just 17. At the time she was living off the streets, but she caught the attention of a scout who approached her and asked her to do some photos for an advertising agency. Overnight she became a successful fashion model, meeting Pierre Cardin and Coco Chanel. It was Chanel herself who helped Hanne devise her professional name, Anna Karina.
She rose to higher notoriety when she became muse to Jean-Luc Godard, one of the pioneers of French New Wave. The two collaborated on “A Woman Is a Woman,” for which both won awards at the Berlin Film Festival. 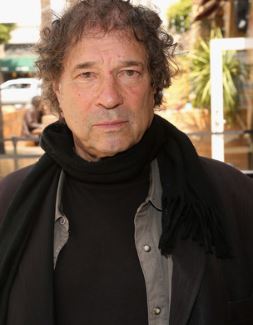 She is survived by husband of decades, Dennis Berry. Karina was famously married a total of four times. Some sites say she was married five times.
Anna’s first marriage was to Godard in 1961, however they divorced four years later. In 1968, Anna remarried, this time to scriptwriter/actor Pierre Fabre, he then became her second ex-husband in 1973. Five years later she married for the third time to actor/director Daniel Duval, only to divorce him in 1981. She remarried again in 1982 to director Dennis Berry, this time their union lasted until 1994.

Is not clear if she and Berry remarried but the two remained together and it was Berry who was with her at the time of her death. A 2017, documentary by Dennis Berry titled ‘Anna Karina, remember’ -states that Berry shared his life with Karina for more than 20 years.

Dennis Berry and Anna were photographed a number of times during red carpet events. The two attended the screening of “Everybody Knows” and the opening gala during the 71st annual Cannes Film Festival at Palais des Festivals in Cannes, France -in May of last year.
Dennis Berry is the son of late film director, John Berry who went into self-exile in France. Dennis was born on August 11, 1944 in Hollywood, Los Angeles, California; as Dennis Charles Berry. According to his IMDb, his body of work includes; Last Song (1987), Highlander (1992) and Stargate SG-1 (1997). He was previously married to Jean Seberg.