Gguzel Nel & Alla Ilyina are two Russian nationals who are said to have fled a hospital after allegedly being diagnosed with Coronavirus.

According to numerous outlets, the two women fled quarantine after having contracted the deadly virus.
32-year-old Alla Ilyina is a St Petersburg resident who is thought to have been exposed to Coronavirus after a trip to China. She came back from China last month where she spent her holiday in China’s island of Hainan. 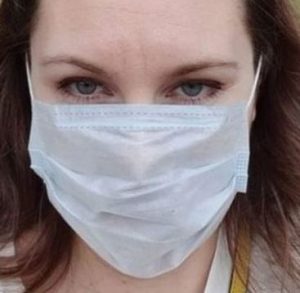 She experienced a soar throat after returning on January 30th, she then decided to call an ambulance and was put in the Botkin clinical infectious disease hospital in Russia.
But Alla Ilyina has said she tested negative for the virus on February 6. However, she was told to remain quarantined for two weeks.
According to reports, she is said to have disabled an electronic lock at the hospital and fled.
The young woman who is a university graduate with a diploma in physics -might as well get a job as a spy. According to the BBC, she not only managed to short-circuited her electronic lock but also drew a map of the hospital in order to plan her escape. She took to social media to write about her ordeal posting on Facebook “All three tests showed I was completely healthy, so why the **** the quarantine?”
She currently refuses to leave her apartment. 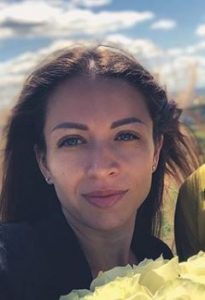 In Guzel Neder’s case, the other Russian national accused of fleeing quarantine; she also came back from China’s Hainan.
Neder explained on Instagram her son started coughing a few days after the family came back from China, and took him to Emergency. After she and her son were put in quarantine by a hospital she was told to wait for results for three days, however it took several days. In her post she also accused hospital staff of coming into the isolation area without masks or throwing their protective clothing on the floor.

After finding out she was pregnant while in quarantine, she feared she would contract the virus. However she was told by doctors she and son still needed to complete the 14-day quarantine period — even if the virus test came back negative. She then decided to flee through a window.
The mom who has been questioned by police claims she and her whole family is healthy.
According to her social media, Guzel is from Samara, Russia -where she currently lives with her husband and their two children; daughter Sofi and son, Lev.
She is listed as working at X5 Retail Group.