Carly Hallam is the lovely wife of actor and comedian, Daniel Tosh –best known for his work on comedy central.

Carly’s hubby is also an actor, writer, and producer who has been in the industry for years. Tosh is notoriously private and the same goes for better half, Carly Hallam.

So we’re guessing you are probably wondering, who the chick is? Here we’ll tell you everything we know about Daniel Tosh wife, how they met and their life together.

Let us introduce you to Daniel Tosh wife, Carly Hallam.

Carly Hallam is best known for being married to the funnyman. That, said the pretty lady is also in the entertainment industry. In fact, the two first met while working together.

Prior to his relationship with Hallam, Tosh was romantically linked to model Megan Abrigo, for a number of years. The two however split up at some point and he found the one in Carly Hallam.

How old is Carly Hallam?

Daniel Tosh wife, Carly Hallam was born and raised in Florida and is currently in her early 30’s. She is 33-years-old to be exact. 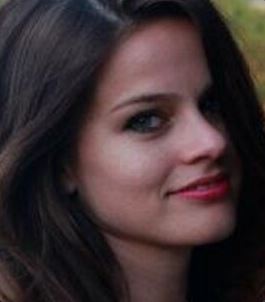 That makes her more or less, 12-years younger than Tosh.

What does Carly Hallam do?

Daniel Tosh wife, Carly Hallam happens to be an actress and writer. She first arrived on his show appearing in several episodes and later became part of the writing team for Tosh’***** Comedy Central show Tosh.0.
The lovely brunette is also a writer for the police sitcom, Brooklyn 99, according to her Twitter account. Carly who runs her own website, is also a member of the WGA and calls herself an ex-Floridian. 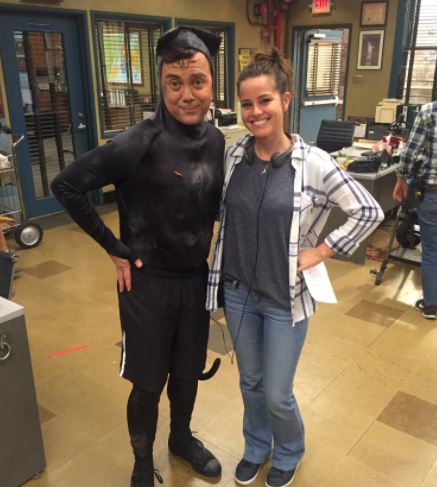 In addition, she’s been involved in other projects including, ‘Sunshine State’ ‘Cliché the Play’ ‘Roommate Wanted’ ‘Winner’ ‘New Girl.’ According to her IMDb page, Carly is also known for the 2010 movie, ‘New Low.’
One can say that her passion lies in writing famous TV shows.

Carly Hallam and her famous husband apparently tied the knot on April 15, 2016 but media only learning about their marital status in 2018, accusing the couple of hiding their union. According to reports the couple pulled off being hitched without anyone else knowing except for close family members.

The two got married in a secret ceremony in Malibu in 2016.
So just how, these two managed to keep a relationship and get married out of the public eye? Well, despite both being active on social media, there is almost zero evidence of there being a link between them and that’s an accomplishment right there.
The biggest evidence of their union is Carly’s change of surname in the credits for the show she writes for.

Despite being married to an entertainer and public figure, Daniel Tosh wife, Carly usually stays away from the public eye; the same goes for Tosh who is not keen to share private details about his wife and marriage.
That said, it is not clear if the two have children of their own giving the private nature of their relationship, even though they have been married for nearly five years already.
Except for the wedding date, the deets of their relationship are pretty much speculations. It is safe to say the two have nothing to share about their plans for the future. 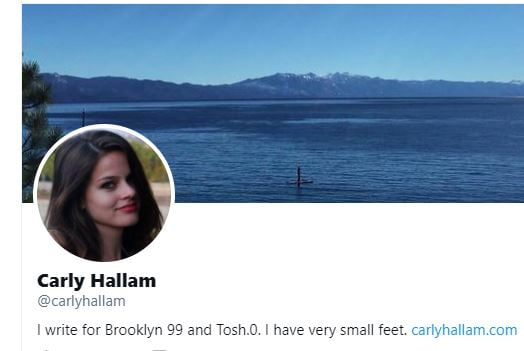 Daniel Tosh wife, Carly Hallam isn’t into social media either. She has active Twitter and IG accounts but does not update often.

The talented comic is often associated with the controversial style of black comedy. About his acting ability he once stated

“I’m not a good actor. I can play myself, and a much gayer version of myself. That’s about my range.”

Whether the nature of his jokes or his opinions on legalizing marriage, there’s been speculation about his sexual orientation in the past, with some believing he may be actually gay. 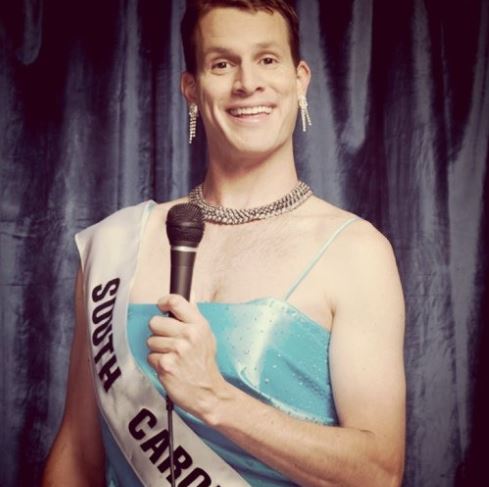 Tosh certainly isn’t afraid of playing around with the topic and including it in his jokes and he’s been a longtime advocate for LGBTQ before it was a thing.
Following his nuptials to Carly Hallam, the rumors may seem a bit ridiculous now.

Daniel Tosh was actually born in Boppard, Germany on May 29, 1975. He grew up under some pretty strict upraising, his dad was a Presbyterian minister.

45-year-old Tosh grew up in Florida and he holds a Marketing degree from UCF.

After his college graduation he joined the work like getting himself a job as a telemarketer for Central Florida Research Park. However, he realized this wasn’t the right path for him.

He then decided to join the comedy circuit and went onto appear on Jay Leno and Jimmy Kimmel. He got hi break in the early 2000’s and has since starred in several comedy central specials.
He has starred in the stand-up comedy specials Comedy Central Presents: Daniel Tosh in 2003, Daniel Tosh: Completely Serious in 2007, Daniel Tosh: Happy Thoughts in 2011, and Daniel Tosh: People Pleaser in 2016. 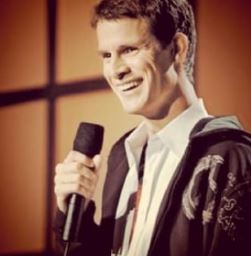 Tosh’s Comedy Central internet video clip TV show, Tosh.0, premiered in 2009, and quickly became one of the highest-rated shows on the network. Besides Tosh.0, Tosh is a regular guest on The Bob & Tom Show and continues to tour the country for sold-out shows.

He is also the man behind the voice of Malloy in the Comedy Central animated sitcom Brickleberry, where at the same time, served as one of the show’s executive producers.

He famously had planned to end his career on his 38th birthday in 2013. Tosh had the thought that if he had not made it as a comedian by that point, he should just quit. He even kept a countdown clock on his website that gave the number of days, minutes, and seconds until his birthday.

His net worth is estimated to be around the $20 million mark.

Tosh.0 has been around since 2009. The unfiltered clip show remained popular due to the emotions that cause in people making them laugh, cry, throw up, or a combo of all three. It is also undeniable that it wouldn’t exist without Tosh himself.

Tosh landed his first Comedy Central special in 2007. The network gave him his own show two years later, however it was announced by the network that it would be cancelled after 12 seasons. With over a decade of hindsight, it appears Tosh is slowing down. 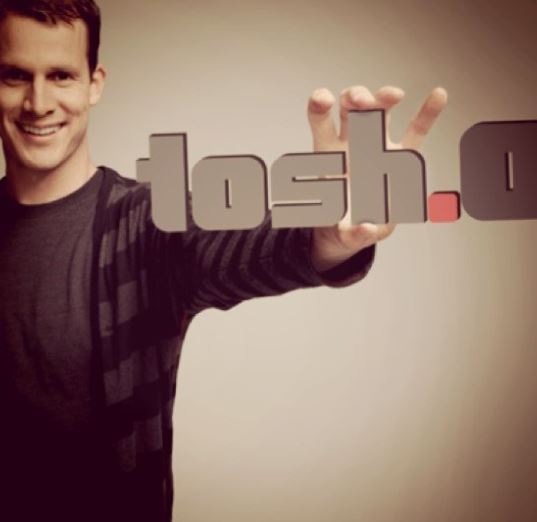 According to reports the network canceled the long-running comedy commentary series Tosh.0 after initially renewing it for four more seasons. The show wrapped up with its 12th season, with the finale set for Nov. 24. 2020.
The show ended its run with more than 250 episodes notched, making it the longest-running weekly live-action show in Comedy Central’s history.

Why was Tosh cancelled?

Online sources suggest that the cancellation was in part due to Comedy Central’s new focus on adult animation. The network recently greenlit reboots of Ren & Stimpy and Beavis and ****-Head, and ordered Daria the spin-off Jodie. 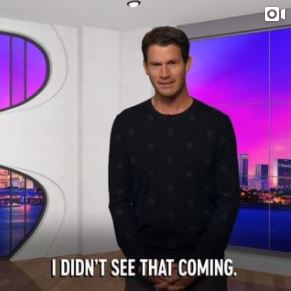 Addressing the cancelation, Tosh said in a statement

“I look forward to doing an animated reboot of my show on MTV in 25 years,” “He later tweeted, “after 12 years together, comedy central and i are consciously uncoupling. they get the cartoons, and i’m heading to any network with stronger wifi.”

The comedian has an incredible following on social media, with over 24 million followers on Twitter, he calls himself ‘not an actor.’