Lisa Bonder Kerkorian is one of the many women, late billionaire Steve Bing dated; she remained relevant in his life, through the child they shared together.

As you may be aware, Bing died by suicide on June 22, 2020. The Hollywood philanthropist was 55 at the time of his death. Steve died after falling from the 27th floor of his apartment.
According to reports, Steve left his fortune to his children.

Kira Bonder/Bing is the child of Steve Bing and former tennis pro, Lisa Bonder. Kira who is now a young adult has kept out of the limelight for most of her life.

Kira was first though to be the biological child of her mother’s second husband, Kirk Kerkorian. Her mom and Kerkorian had an unusually short marriage that came to and end after only 28 days. It may have had to do with the fact that Kira’s mom, Lisa Bonder was 48-years younger than Kirk Kerkorian.

It was only after Kerkorian himself hired a private investigator that was able to unveiled the identity of Kira’s real dad. The investigation discovered through DNA evidence that Kira was and is in fact Steve Bing’s daughter.

Kira Bonder, is an equestrian, majoring in sociology at UCLA. In addition, she was an ambassador for JustWorld International.

There’s no doubt a man of his status, Steve dated numerous women during his lifetime. He was however involved in very public relationships with both Lisa Bonder and Brit actress, Elizabeth Hurley.

The model and actress is known for her numerous roles including Vanessa Kensington in two Austin Powers films as well as the ‘Devil’ in the 2000 film Bedazzled and the title role in the 2002 film Serving Sarah.
You may also recognizer her as Queen Helena in the E! TV series The Royals from 2015 to 2017.
She famously dated fellow actor Hugh Grant from 1987 to 2000 and she was married to Arun Nayar from 2007 to 2011.
She and Bing began dating in the early 2000s and were together for about 18-months.
They welcomed son Damian in 2002.
Liz wrote on Instagram following Bing’s death

“sweet, kind man” and “our time together was very happy”

According to the Sun, Steve Bing, whose net worth has been estimated at $590 million, dated Lisa Bonder in the 90s.

It is not clear when exactly the pair dated. According to the publication, they were certainly together toward the latter years of the 90s. He was labeled as Bonder’s ex by the time Kira was born.

His children include as previously stated; daughter Kira Kerkorian, who at the age of 21, is Bing’s eldest child.
His youngest would be son, Damian Hurley born from his relationship with British actress Elizabeth Hurley.

Kira made headlines after reports surfaced saying she claimed herself a beneficiary of her father’s Trust, but her grandfather, Dr. Peter Bing said Kira, as well as Damian, had no right to the trust as they were born out of wedlock.

In his opinion, the trust “would not benefit any person bought out of wedlock unless that person had lived for a substantial period of time as a regular member of the household”

“Regardless of whether, when and if Stephen met with or had any relationship with Damian or Kira while they are or were minor because neither was raised by him during their formative years l do not consider them my grandchildren.”

“To the best of my knowledge, Stephen has never met Damian, and Stephen only met Kira after she became an adult.”

Eventually, the judge granted Kira and Damian their right to the family trust in July 2019.

In addition to her biological dad’s fortune, Kira Bonder Kerkorian inherited $8.5million from her mom’s ex-husband Kirk Kerkorian, after he died in  June 2015 at the age of 98.

Mr. Kirkorian’s net worth at the time of his death was estimated to be $4.0 billion.

Steve is also survived by his son, Damian Hurley -born from his relationships with actress Liz Hurley. That also makes Damian, Kira’s half-brother. 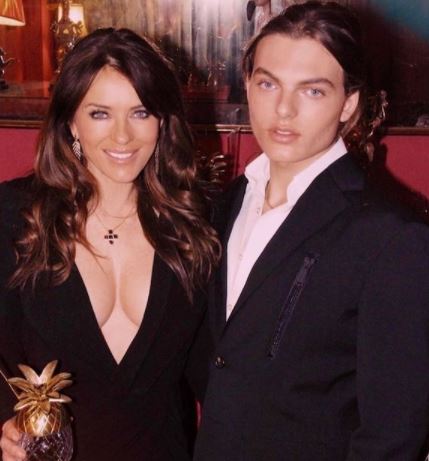 Liz Hurley’s son Damian was also deemed ineligible by Dr Peter Bing, Steve’s dad, claiming he had no right to the family trust.

Damian Hurley was born April 4, 2002 in London. Damien, who turned 18 in April, was at the centre of a high-profile paternity case after Bing cast doubt on whether he was the father. That was confirmed after DNA results were revealed at London’s High Court in 2002.
The now teen is making a name for himself as a model and is under contract with IMG Worldwide.
Damian is also active on Instagram. 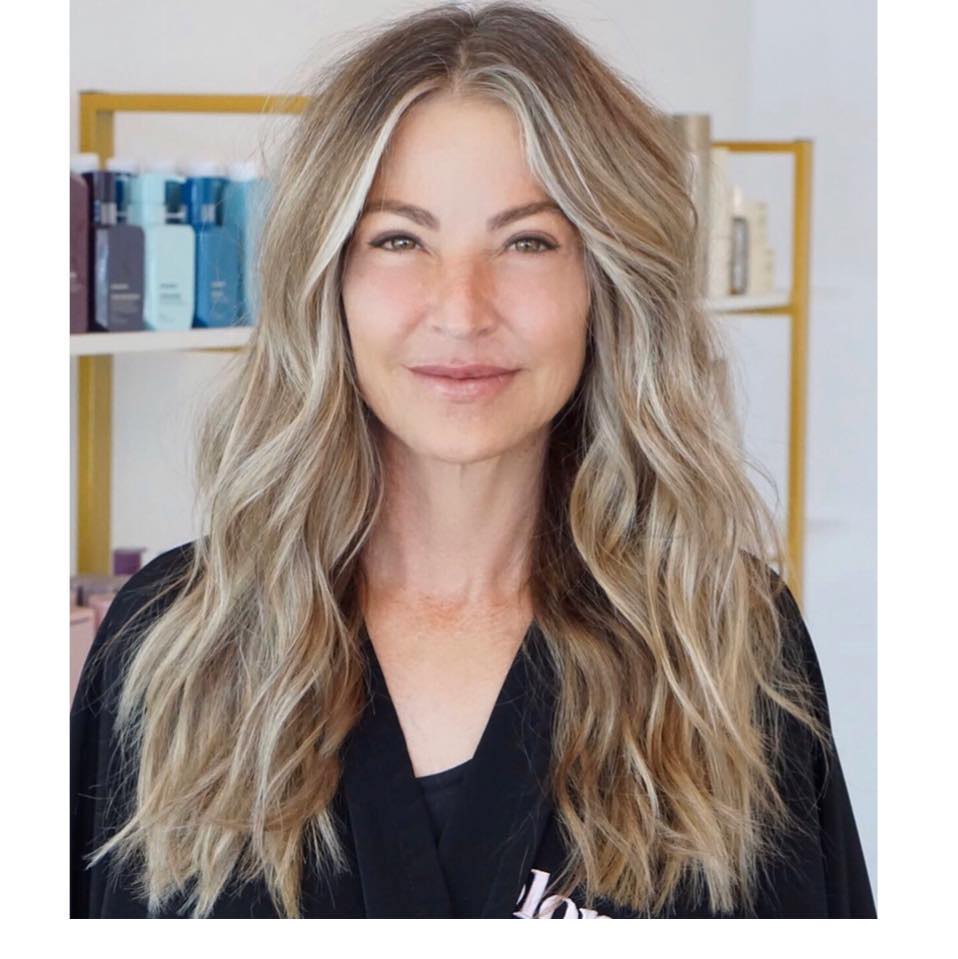 She was ranked in the top ten of women’s pro tennis and had defeated champ Chris Evert when she was a teenager.
As a tennis player, Lisa turned professional in June 1982, reached her highest singles world ranking (No. 9) in August 1984, doubles (No. 158) in December 1986. Her best results were reaching the 4th round at the 1983 and 1984 US Open and 1983 Wimbledon.

She reached the second round at the Australian Open in 1985 and quarterfinal at the French Open in 1984. She retired in 1991.

h2 What Happened to Lisa Bonder?

Lisa Bonder is not only known as a former tennis player. Her love life has also made her appear on the headline section.
The blonde began raising eyebrows after she became romantically involved with 48-year-old senior, Kirk Kerkorian.
She is regarded as the woman who duped Kirk Kerkorian out of millions, after claiming her daughter was his.

In a 2018 book by William C. Rempel, he revealed details of Kirk’s fake marriage to Lisa Bonder in ‘The Gambler.’
The book claims Lisa had gained the reputation for having a ‘big mouth’ and she never gave up talking to Kerkorian’s friends about using the billionaire to become the richest woman in the world, Rempel claims.

She confessed to Darrien Iacocca, wife of businessman Lee Iacocca, that ‘her dream was to be the ‘last Mrs. Kerkorian’ so that one day ‘it would be all hers.’

Lisa met Kerkorian in 1991. He showered with attention and expensive gifts but the twice divorcee at the time, had no intention of getting married again. She was rejected by Kerkorian multiple times and when she allegedly had moved on, she became romantically involved with Steve Bing and became pregnant.
She pinned her pregnancy to Kerkorian and finally got him to marry her to legitimize their daughter Kira. He agreed to a 30-day contract marriage with a prearranged divorce and increase of child support to $50,000 per month, plus another $1.2 million for additional remodeling costs.

He kept the gifts and cash flowing along with a $250,000 sapphire ring for her 34th birthday. The gravy train finally ‘careened off its rails’ when Lisa asked for a $25 million trust fund.

Kerkorian was finally determined to find out the paternity of this baby – and Bonder threatened to kill herself if he proved he wasn’t the father.

At first, Mr. Kerkorian was sure Kira was his daughter, but he started to had doubts; therefore he hired a private investigator to find out whether or not Steve Bing, who he referred to as Lisa’s Ex-boyfriend was Kira’s dad.

The private investigator was Anthony Pellicano, he collected a used dental floss from Bing’s trash can and wiretapped Lisa’s phone calls.

The dental floss was taken to do DNA paternity testing that proved that Steve Bing was indeed Kira’s dad.

To make this story short, Pellicano was subsequently charged with wiretapping and racketeering, and sentenced to 15 years behind bars.

The blonde became a wife for the second time after she and Kirk Kerkorian tied the knot in 1999. However, this union didn’t last. They were separated less than a month later and officially divorced three months later.

It is believed that at the same time she was seeing Kirk Kerkorian, she became romantically involved with Steve Bing. 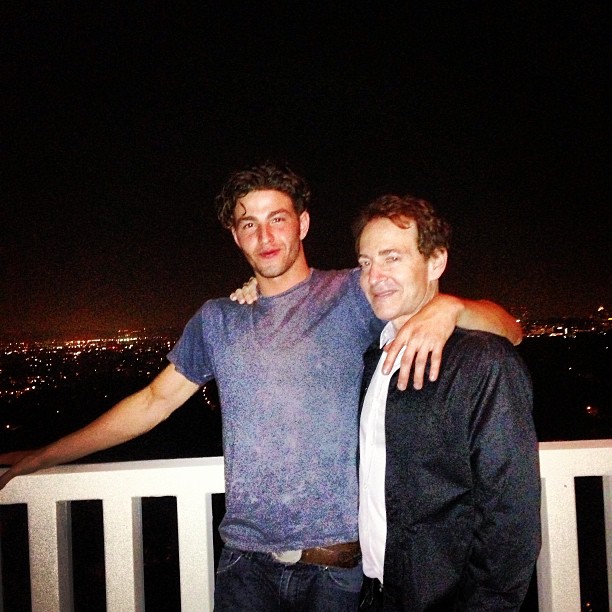 Tom Kreiss is an interior designer and former tennis player. He is described as a furniture heir.
According to his LinkedIn, Tom Kreiss is the Executive Vice-President at KREISS Enterprises, Inc.; in West Hollywood, California.

Mr Bing’s own fortune comes largely from his real estate developer grandfather, Leo S Bing, who struck it rich in New York in the 1920s.
Bing inherited a $600m real estate fortune from his grandfather Leo Bing at the age of 18.

He was a big supporter of Mr Clinton, having donated at least $10m to his foundation and paid for the former president’s trip to North Korea in 2009 to negotiate for the release of two US journalists.

Mr Clinton wrote that Bing “had a big heart, and he was willing to do anything he could for the people and causes he believed in”.

Bing sued MGM studio boss Kirk Kerkorian in 2002, claiming he enlisted infamous private eye Anthony Pellicano to take dental floss out of his rubbish to get DNA to prove Bing fathered a child with Kerkorian’s ex-wife.
A paternity test proved that Bing was indeed the father of tennis player Lisa Bonder’s daughter.

Steve and Lisa however, were never married.

Kirk Kerkorian was regarded as one of the best dealmakers in history. The Armenian-American businessman, was once estimated to be worth $16 billion before his death in 2015. He scored a fortune gambling and becoming the man behind Las Vegas’s ‘mega-resorts.’

He had no children with his first wife of ten years, Hilda Schmidt, ‘a dark-haired beauty that caught his eye at a Hollywood nightspot and dance club, the Palladium.
At the time he was spending more time flying the North Atlantic than at home with his wife and the marriage was over in 1952 after ten years.

Two years later, at age 37, he married Jean Maree Hardy, a 23-year-old dancer from England. The couple had two daughters, Tracy and Linda, but was in trouble after 17 years when Kirk was suspected of seeing other women. 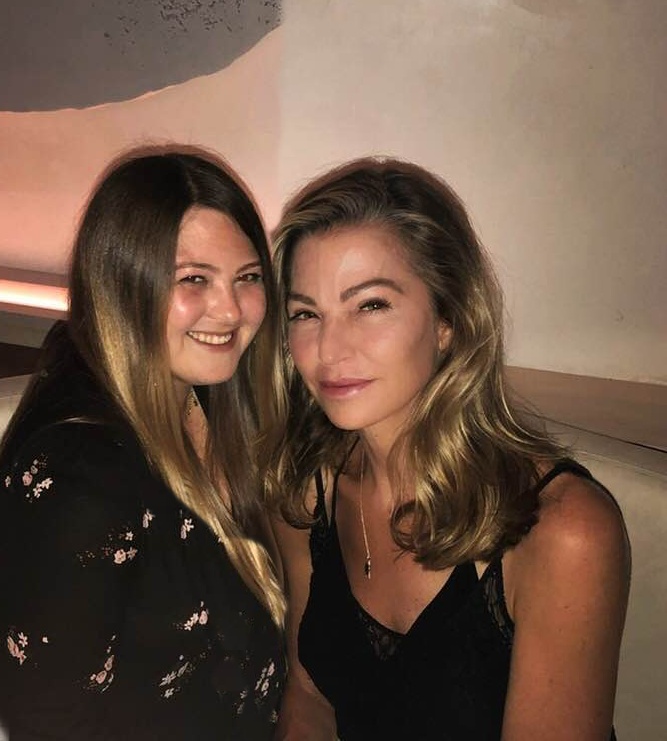 How many kids does Lisa Bonder have?

Lisa is the mother of four children. She and first husband Tom Kreiss, share a son, Taylor.

She later gave birth to daughter Kira, who was born in March 1998; from her relationship with Steve Bing.
Lisa Bonder is also the mother to two young children, Kalla and Oliver. 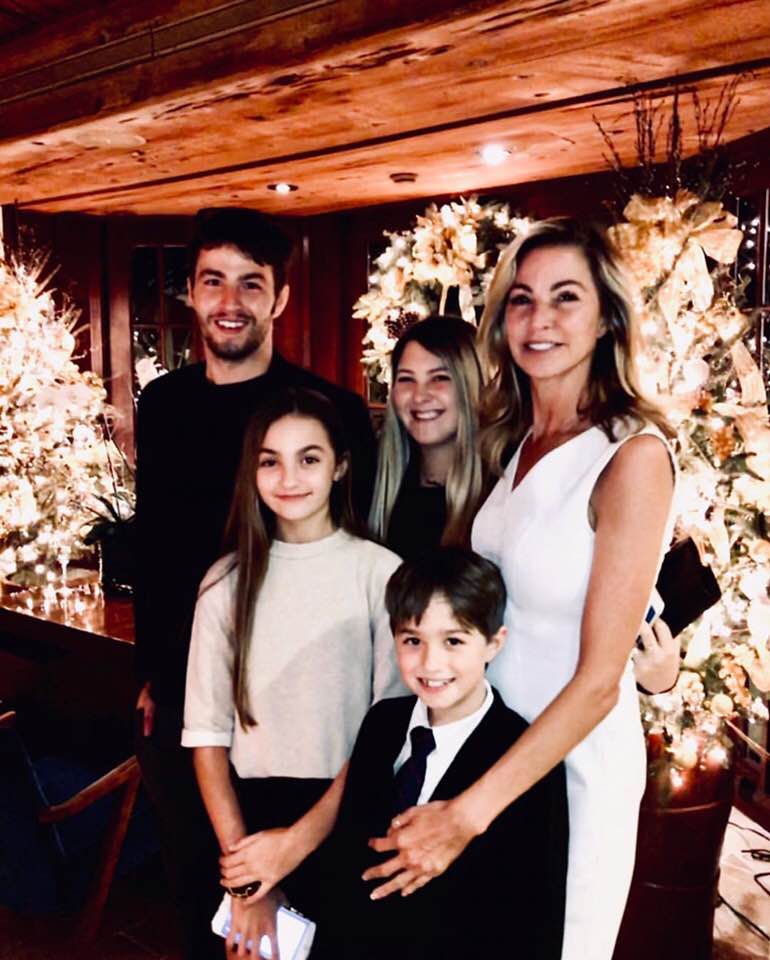 31-year-old Taylor Jennings Kreiss would be Lisa’s first child. He serves as the Director of Special Projects at the University of Pennsylvania. He is a resident of Wellington, Florida.